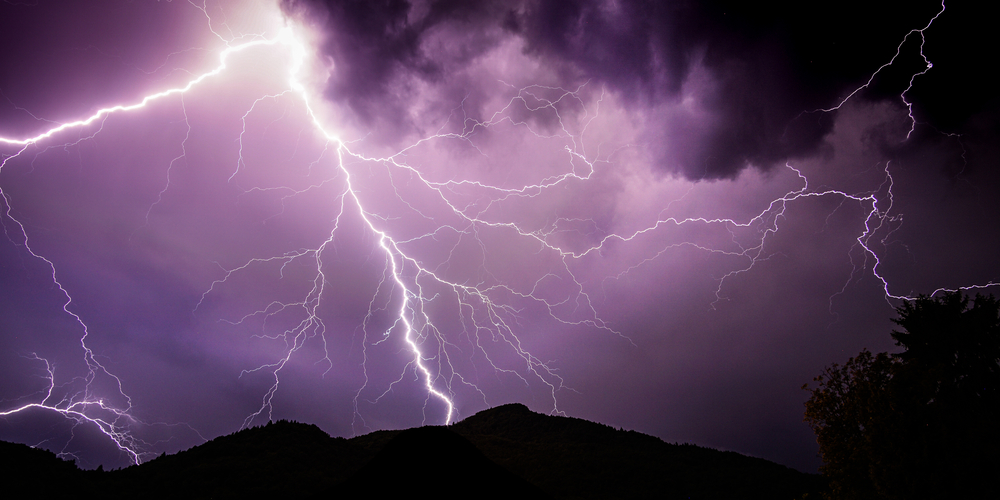 Your family’s outdoors at the pool when all of a sudden you hear thunder. Is it time to head indoors? The short answer — yes.

If you’ve lived in the south for long, you know that pop-up storms are a frequent event during the long days of summer. They crop up seemingly out of nowhere and often disappear just as quickly.

But in between, they do present some dangers.

Many of us spend more time outdoors and around water during the summer heat. That means more exposure to lightning and other storm-related hazards.

The facts about lightning

You know what lightning is, but how much do you really know about it? Let’s take a look at some quick facts about this weather event:

Based on these facts alone, it’s clear that lightning can be dangerous. But there are steps you can take to stay safe — read on for lightning safety tips.

Obviously, when you’re outdoors, you’re unprotected from the elements. Because of that, it’s important to take special lightning safety precautions:

While we usually think of lightning as only being dangerous if we’re outdoors, it can also be hazardous indoors. It’s important to take steps to avoid hazards inside the home or office, too:

Most of us only spend part of the time outdoors, but many people work outdoors. That requires a special set of lightning safety precautions and an eye on the sky:

When an emergency occurs, Erlanger has you covered with the region’s only Level I trauma center, as well as six hospital locations for care.