What you should know about antibiotics 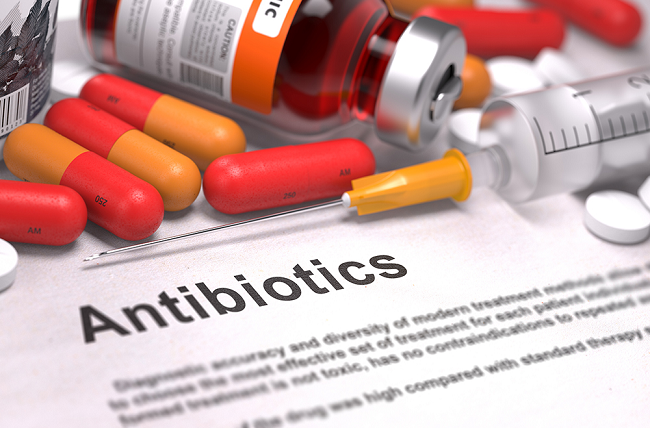 Imagine you have a really bad case of the flu. The doctor says, “Take flu meds. But above all, rest and drink lots of fluids.”

“Please,” you beg, “just give me an antibiotic to knock this out.” But the doctor refuses.

That’s because antibiotics can’t and don’t treat virus-causing illnesses such as:

When you have one of these, the only cure is to treat the symptoms, rest, and drink plenty of water.

Antibiotics do, however, kill bacteria (and treat bacteria-causing illnesses) such as:

Remember, it’s important to acquire antibiotics only when you’re diagnosed with a bacterial infection — not a common cold or flu.

The more we use antibiotics, the less effective they become.

Since the discovery of antibiotics in the 1940s, bacteria have slowly learned to resist these go-to cures — such as penicillin, doxycycline, and others. With antibiotics being overused and misused so frequently, and by so many, bacteria have started to adapt.

Every time bacteria are killed, they learn new ways to resist the antibiotics — making antibiotics less effective and bacteria more harmful. To use a military metaphor, our enemy (bacteria) uses leaked data (antibiotic misuse) so that when there’s a fight, they’ve already learned to survive our weapons.

And it’s kind of a big deal.

Obama recently signed an executive order to form what is called the Task Force for Combating Antibiotic-Resistant Bacteria. The order states how antibiotic-resistant bacteria cause more than 2 million illnesses and 23,000 deaths annually — in the U.S. alone.

Antibiotic resistance has been a subject of research for more than 80 years. And scientists are working to develop new antibiotics that bacteria have not yet adapted to. But, in the meantime, it’s the responsibility of patients and medical professionals alike to recommend, prescribe, and use antibiotics correctly.

The nature of antibiotics means that even using them correctly increases antibiotic resistance. Antibiotic misuse, however, quickens the process and can lead to an increased risk of antibiotic-resistant infections or the termination of healthy bacteria in the gut — allowing harmful bacteria to grow in its place.

How can you prevent antibiotic resistance?

Not sure if an antibiotic will help your illness? Your doctor is the best person to make that call. Need a doctor? Find one here.