How to recognize celiac disease 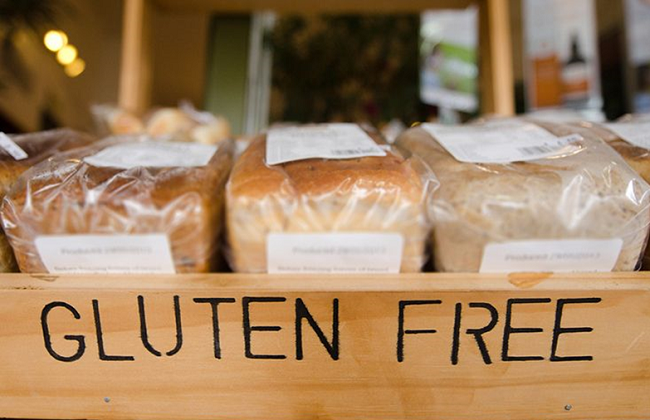 Millions of Americans — including children — get gas, diarrhea, and other symptoms whenever they eat foods with a protein known as gluten. The condition is called celiac disease (pronounced see-lee-ack), and many people don’t even realize they have it.

Unlike an allergy that may cause hives or difficulty breathing immediately when consuming a certain food, celiac disease is instead considered an autoimmune disorder. When someone with celiac disease eats foods with gluten, their immune system attacks their small intestine. That means nutrients from food aren’t absorbed into the bloodstream, and the body can’t get enough nutrients no matter how much food you eat. The resulting malnutrition can be a serious problem — particularly for children, who need adequate nutrition to grow and develop properly.

The symptoms of celiac disease can vary, ranging from gas, diarrhea, and belly pain to delayed growth, certain skin rashes, infertility, and osteoporosis. One child might have diarrhea and belly pain, while another may be irritable or depressed. Some people with the disease don’t even have any symptoms.

With or without symptoms, children with celiac disease are at risk for complications of the disease. The longer a child with celiac disease goes undiagnosed and untreated, the greater the child’s chance of developing malnutrition and other serious problems.

Fortunately, a blood test can screen for celiac disease in both children and adults. Before being tested, continue to eat a regular diet that includes foods with gluten. If you stop eating these foods before being tested, the results may be negative for celiac disease even if you have it. If the tests are positive, your doctor will likely perform an upper GI tract scope test (EGD) with a small-bowel biopsy, during which a tiny piece of tissue from the small intestine is removed to check for damage.

For most people, following a gluten-free diet will stop symptoms, heal existing intestinal damage, and prevent further damage. Improvements usually begin within days of eliminating gluten. The small intestine usually heals completely within months in children and young adults — and within two or three years for older adults.

Those with celiac disease have to be careful about what they buy for lunch at school or work, what they buy at the grocery store, what they eat at restaurants or parties, and what they grab for a snack. If you or your child is diagnosed with celiac disease, your doctor will probably suggest you work with a dietitian to create a gluten-free diet plan, learn how to read ingredient lists, and identify foods that contain gluten. Local support groups can also provide helpful tips and encouragement for parents of children with celiac disease.

Christine Denton, MD, is a pediatric gastroenterologist at Children’s Hospital at Erlanger. For more information or to make an appointment, check out Erlanger’s Pediatric Gastroenterology.