Getting the facts about melanoma 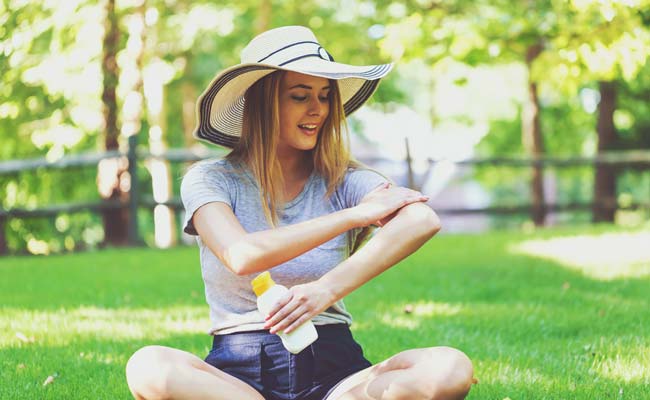 For decades now, you’ve heard about the importance of protecting your skin from the sun. But have you ever really wondered why that’s so important?

We’d like to point you toward a key reason why — melanoma.

Let’s take a look at some facts about melanoma and how you can protect yourself.

While melanoma occurs less frequently than other types of skin cancer, including basal cell carcinoma, cases of this type of skin cancer are more serious and can be deadly.

That’s because it’s more likely to grow and spread, making it harder to eradicate.

If melanoma is spotted early and treated, it’s nearly always curable. But when it’s not detected early, it can spread to other areas of the body.

Other types of skin cancer are often more obvious, showing up as red, patchy or bumpy sections of skin. But melanoma often lurks in existing moles or new ones that don’t necessarily raise suspicion.

That’s why it’s especially important to keep an eye on your skin and familiarize yourself with all spots and moles. You want to be able to spot quickly if something changes or a new spot appears.

When you’re checking your skin, there are certain things you should look for. Follow the ABCDEs of melanoma — an easy guide to knowing the signs of melanoma.

While you likely know that melanoma is common among those who are frequently exposed to ultraviolet light from the sun or a tanning bed, it’s also more common among other groups.

That includes those with fair skin, freckling and light hair; those who have many moles; and those with a family or personal history of melanoma.

The condition can be diagnosed in those of any age, but it is most common among older men. When it’s found in younger people, though, the person is more likely to be a woman.

Melanoma can be prevented

And it’s probably not surprising that prevention is based on skin protection.

The Skin Cancer Foundation recommends protecting your skin from melanoma and other types of skin cancer by:

Beyond taking these steps to protect your skin, it’s also important to regularly examine it for changes and to have a doctor examine your skin on a yearly basis.

Spotted something suspicious on your skin? Book an appointment with Erlanger Dermatology by calling 423-778-5693.