Lung cancer & women: Why’s it on the rise? 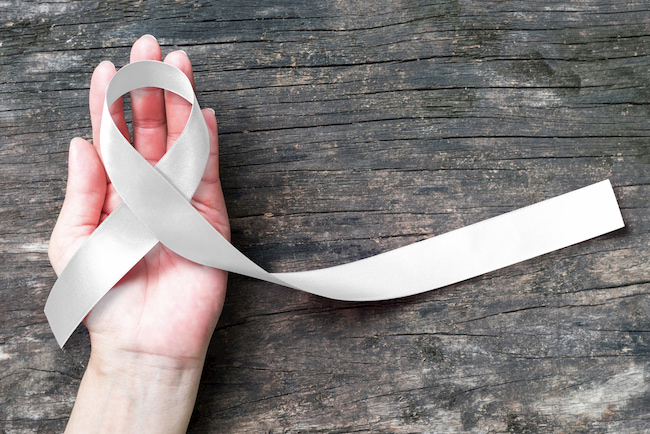 Lung cancer is the leading cause of cancer death among both men and women, but the number of people affected has been decreasing in the past couple decades. The exception? Young women.

Why is that, though? Well, researchers aren’t quite sure.

The numbers are staggering:

Let’s take a deeper look into lung cancer among women and steps you can take to limit your risk.

The symptoms of lung cancer

With lung cancer increasingly being diagnosed among people who’ve never smoked, it’s even more important to know the symptoms of the condition.

Whether you’ve smoked or not, talk with your doctor if you’re experiencing:

The types of lung cancer

Of all types of lung cancer, lung adenocarcinoma is the most common among women, while men are more likely to develop squamous cell lung cancer.

The difference in common symptoms between men and women is at least partially due to the types of lung cancer most common in each.

The causes of lung cancer

While smoking is by far the leading cause of lung cancer, it is not the only one. As we mentioned above, nearly 20 percent of those who develop lung cancer have never smoked.

This is particularly alarming among women, who have traditionally smoked less than men. Even when women smoke, they are more likely to develop the habit later in life than their male counterparts.

Researchers still aren’t 100 percent sure why never-smokers are increasingly developing lung cancer, even as the rate of overall cases is decreasing. But some potential causes have been identified and include: secondhand smoke, exposure to radon, other environmental or occupational exposures including air pollution, and even a genetic predisposition to the disease.

Some research indicates that women who smoke develop lung cancer earlier and with less smoke exposure than men. Additionally, genetic mutations associated with non-small cell lung cancer in non-smokers are more common among women than men. However, these mutations are associated with a more favorable prognosis and a better response to treatment. Researchers continue to look into this and other factors that differ among men and women.

The National Cancer Institute identifies several steps you can take to lower your risk of developing lung cancer. First and foremost, stop smoking. Cigarette, cigar and pipe smoking are the top risk factor for lung cancer.

You should also take steps to minimize your secondhand and even thirdhand exposure to cigarette smoke. This may require avoiding homes and other locations where people smoke, even if they aren’t actively smoking at the time.

It’s also important to ensure you aren’t being exposed to radon gas inside your home or workplace. Among never-smokers, more than 25 percent of lung cancer deaths are linked with radon exposure.

You can improve your overall health and protect yourself against many medical conditions by exercising regularly, eating a balanced diet, getting plenty of quality sleep and limiting your alcohol consumption.

Dr. Vardhana specializes in oncology at Erlanger Oncology and Hematology. He believes in wholesome compassionate care of his patient and likes to empower the patient and family in all the decision making.

If you’re experiencing any of the symptoms of lung cancer, even if you’ve never smoked, talk with your doctor. He or she can recommend next steps. Find a doctor here or call Erlanger Oncology and Hematology at 423-778-9250 for more information.