Are you taking too many medications? A senior health issue 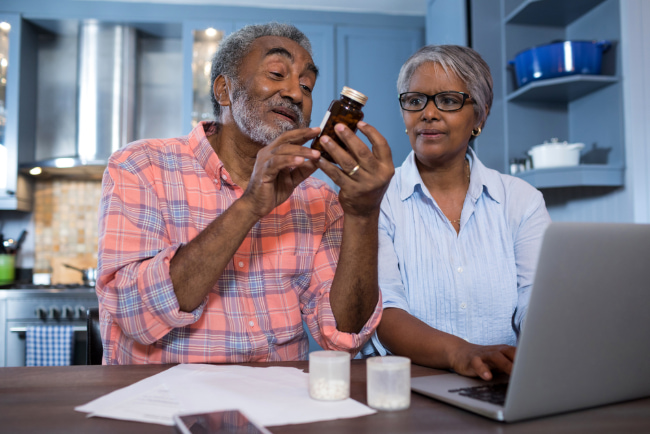 Consider this scenario: You take a medication for a symptom you’re experiencing. But after a few days or weeks, you develop another symptom, which may be caused by the medication you’re taking. So now you need another medication to help you manage the side effect of the first.

The scenario might sound silly, but it’s a reality for many Americans. And it’s an especially common reality for older adults.

Add to those staggering numbers the fact that many seniors don’t take medications as prescribed — and you have a significant senior health issue.

The issue we’ve described above is called “polypharmacy.” The official definition of polypharmacy is “the simultaneous use of multiple drugs by a single patient, for one or more conditions.”

That describes medication usage among many seniors to a tee. But why is it such a big issue, if doctors are prescribing those medications to treat medical conditions?

Well, the first thing to consider is that many of the medications older adults are taking aren’t prescribed by a doctor. Just like everyone else, seniors are likely to head to the pharmacy to grab an over-the-counter remedy when they’re experiencing a cold, cough or even indigestion.

And that, in itself, can become a problem.

In some cases, the symptoms being treated are side effects of an existing prescription medication. Instead of talking with a doctor about the side effect, many patients self-medicate with an over-the-counter medication to relieve discomfort or other symptoms.

That has a few potential effects. Another medication has been added to the patient’s medication regimen, which:

Beyond over-the-counter medications, many older adults also see multiple physicians. In some cases, those physicians and specialists may be unaware of the medications prescribed by other doctors.

This can lead to medications being prescribed that duplicate another medication’s purpose, can potentially interact with current medications, or lessen/increase the effectiveness of one or both medications.

And finally, let’s consider the original scenario we presented: Continually adding new medications to a patient’s regimen to alleviate symptoms caused by existing medications. That can add up to a never-ending scenario, one that’s called a “prescribing cascade.”

So, how can we ensure older adults remain safe while getting the medications they need to manage chronic health issues? Read on as we take a look.

We know — the information we just talked about can feel pretty overwhelming. But while there is potential for seniors to take too many medications and experience dangerous side effects, there are also steps we can take to safeguard senior health:

Handling multiple medications for yourself or a loved one can be challenging. MyChart can help make keeping up with prescriptions easier and safer! Sign up now for free.