Kids & UTIs: What parents should know 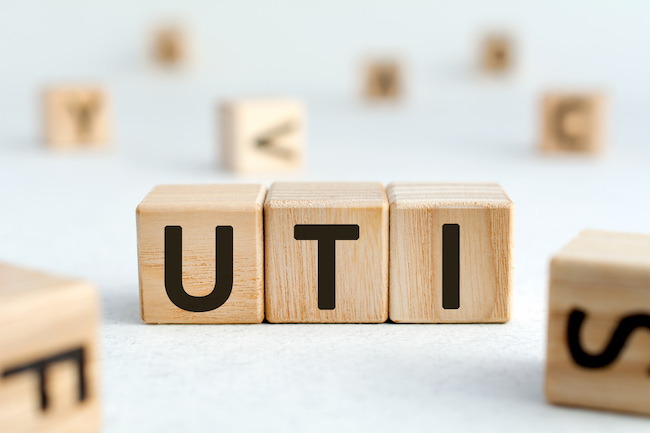 We often think of UTIs as something that’s common among adults. And while that’s true, these infections can also occur in children.

In fact, the American Urological Association reports that as many as eight in 100 girls (7%) and two in 100 boys (2%) will get a UTI at some point during childhood. There can sometimes be dangerous effects, too. When a urinary tract infection occurs in a young child, the potential for it to damage the kidneys is higher than it is in older children and adults.

So, what should you know about UTIs in kids? Read on as we take a look at the topic, including signs you can watch for and ways to prevent urinary tract infections from occurring.

First things first, let’s put a definition with the term UTI. A UTI, or urinary tract infection, is just what it sounds like — an infection affecting some part of the urinary tract.

There are multiple types of UTIs, with bladder infections being the most common. But urinary tract infections can also impact the urethra, ureters, or kidneys.

When the urinary system is functioning normally, urine has no bacteria in it. When bacteria get into the urine and make their way into the body, an infection occurs.

Typically, these bacteria come from one of two sources, either the skin around the rectum and genitals or the bloodstream.

Not all bacteria in the urine require antibiotic therapy and some patients may intermittently have bacteria in their urine that is asymptomatic. The American Academy of Pediatrics defines a pediatric UTI as having >50,000 colony-forming units of bacteria AND signs of inflammation (symptoms e.g dysuria, fever, accidents) and/or inflammatory cells on inspection of the urinalysis. All symptomatic UTIs should be treated early to avoid damage to the kidneys.

The symptoms of UTIs

If you’ve ever had a UTI yourself, you’re familiar with the discomfort and urinary-related symptoms associated with the condition.

Now, imagine experiencing those symptoms as a kid, particularly a young child who doesn’t have an extensive vocabulary. It can be difficult to tell whether your child has a UTI, since he or she may be unable to express exactly what’s wrong.

If your child doesn’t seem to be “quite right,” especially related to using the bathroom, keep a careful eye out for these symptoms:

In a small child who is unable to verbalize symptoms, the fever and other physical symptoms may be your only indicator that something is wrong.

How UTIs in kids are treated

A urinary tract infection is treated with antibiotics. Depending on your child’s age and the severity of the infection, your pediatrician may recommend an antibiotic injection.

But in most cases, the doctor will prescribe an oral antibiotic, either in pill or liquid form. It’s important to have your child take the antibiotic until the entire prescribed course is complete. Stopping once your child feels better can actually cause the UTI to return because it hasn’t been fully treated.

If your child is having discomfort when urinating, your pediatrician may also prescribe medication to numb the lining of the urethra and ease the pain.

Sometimes after a UTI, children need additional work-up, including, but not limited to a renal ultrasound to screen for abnormalities that might have led to the UTI or be a result of the UTI, particularly if the UTI was associated with a fever. If an abnormality is found or if the UTIs are recurrent, the child may benefit from a pediatric urology evaluation.

In many cases, urinary tract infections can be prevented. The best defense against UTIs is ensuring that the bladder is emptied often — encourage your child to urinate whenever he or she feels the urge, rather than holding it in.

Drinking plenty of fluids, particularly water, is another key to limiting UTIs since urine flow helps flush bacteria out of the body.

For babies and small children in diapers, changing those diapers and pull-ups often can help limit the risk of UTIs. Children who are potty-training should be taught good bathroom habits, including how to wipe properly.

One of the most common risk factors for UTIs in children is constipation. Constipation increases the bacteria available to cause an infection and also makes it more likely that a child will have problems emptying both their bladder and bowels. Screening for and treating constipation is one of the most important ways to reduce the risk of developing a UTI.

Children’s Hospital at Erlanger offers specialized pediatric urology services, including those for the treatment of UTIs. Services are offered in multiple locations — call (423) 778-5910 to schedule an appointment.