What to do if you think your child is stuttering 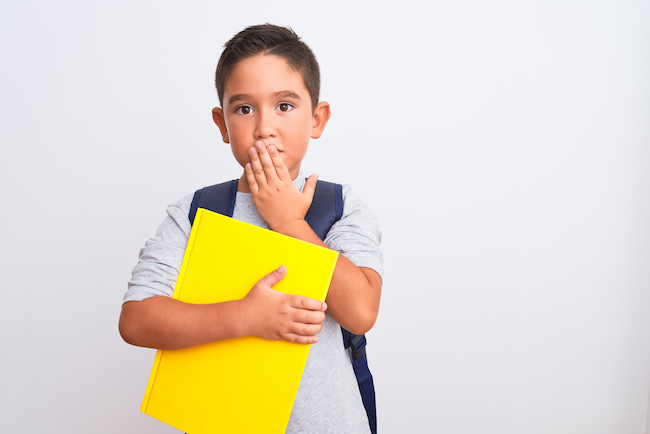 Your son seems to be tripping over his words and having a difficult time getting some sounds out. How can you know whether he’s stuttering — and what to do if he is?

Stuttering is a common issue, affecting more than 70 million people around the world, including more than 3 million Americans.

But while it’s common — and there are known tactics and therapies to help overcome it — it can still be worrisome for parents when their child is affected.

Read on as we take a look at the issue, including steps to take if you believe your child has a stutter. Here are some answers to common questions.

What exactly is stuttering?

The Stuttering Foundation defines stuttering as “a communication disorder in which the flow of speech is broken by repetitions, prolongations or abnormal stoppages of sounds and syllables.”

These distinctions are important. A stutter may take on several different appearances, so to speak.

If speech is broken by repetitions, an affected child will repeat sounds. So, for example, saying “like this” might come out as “li-li-like this.”

If speech is broken by prolongations on the other hand, a syllable is likely to be dragged out, making “like this” sound more like “liiiike this.”

And finally, speech may also be broken by pauses that include no sound at all.

Along with the stutter itself, a child experiencing stuttering may also show signs of distress from the effort needed to get words out.

There are a number of factors that can play into the development of a stutter, which may also be called a stammer.

Of those, genetics are the most common cause — contributing to up to 60 percent of cases of stuttering. That means that the majority of people who develop a stutter have a family member who has also experienced stuttering.

In many cases, more than one cause is involved.

Who’s at risk of stuttering?

While anyone can develop a stutter, it’s far more likely in males than in females. In fact, four times as many boys develop stuttering.

As mentioned above, stuttering is also much more likely in those who have a family member who has also experienced stuttering, as there appears to be some genetic component to the disorder.

One common misconception is that stuttering is associated with emotional or mental health issues. There is no known correlation.

When should I seek help for stuttering?

The best remedy for stuttering is early diagnosis and intervention. The reality is that many children experience stuttering for at least some period of childhood as they learn to speak and develop language skills. It’s not uncommon.

Around 5 percent of all children go through stuttering that lasts at least six months. The vast majority of those children will recover by later in childhood, especially with early intervention.

For that reason, it’s important to keep an eye on your child as he or she begins to develop language skills. You’re watching for the issues with sound mentioned above. If your child is experiencing any issues, you’ll want to observe patterns over time.

If the issues only crop up for a short time and then disappear, they’re likely associated with normal learning and development. You can encourage your child to speak slowly and calmly to try and mitigate the stuttering.

However, there are some signs that your child may benefit from working with a speech language specialist:

Regardless of the severity of your child’s stuttering, you’ll want to take steps to put him or her at ease. Speaking slowly, being sure to fully listen to your child and asking questions are ways you can do this.

If you believe your child is stuttering, your first line of defense is your child’s pediatrician. He or she may refer you for speech pathology services to help overcome the issue. Need a doctor? Find one here.