Why failure isn’t always a bad thing for your child 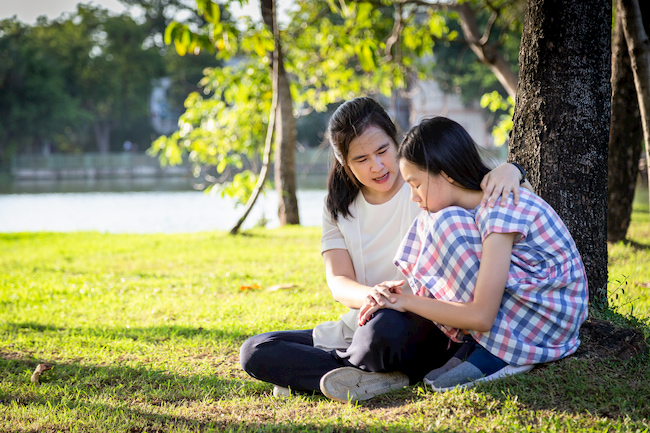 In today’s world, failure is seen as a bad thing. But in reality, failing is often the first step on the path to success.

Seeing failure in that light requires a different mindset — one where you appreciate the positive things that failing can provide. For kids, getting to that point often requires some thoughtful coaching from parents.

That’s why we’d like to share some insight into the benefits of failure, along with how you can help your child recognize that failing isn’t the end.

This one probably seems obvious. But before you can find the right answer, you often have to land on several wrong answers.

Not having success the first…or second…or even third time helps point out where you went wrong — and encourages you to keep working to find the right answer.

There’s a great quote from Michael Jordan that speaks about failure and the persistence that comes from experiencing it.

“I’ve missed more than 9,000 shots in my career. I’ve lost almost 300 games. Twenty-six times I’ve been trusted to take the game-winning shot and missed. I’ve failed over and over and over again in my life. And that is why I succeed.”

Can’t seem to find the right solution to the problem you’re facing? Struggling to master how to complete a math problem, write the ending to an essay or perform a move in soccer?

In order to succeed and ultimately master those moves, you’ll have to think outside the box. You may even need to come up with new ways to do things, whether that’s working with a teacher to solve the math problem or watching videos of the soccer move until you can perform it yourself.

If what you’ve tried isn’t working, then you have to try something else, which ultimately teaches you to think creatively to solve a problem.

This one’s a vital life skill!

No one wants to fail, but once you do, you tend to have more compassion for others in the same position. No one is perfect.

Failure can help you recognize that — when you don’t find success at something, you feel more compassion and empathy for others who’ve been in the same situation.

That means that the next time your child sees a classmate or teammate struggling, he or she will be more likely to try and help. Or at the least, to offer encouragement and motivation.

Teaching your kids how to fail

The fear of failure can often be worse than actually failing, especially in today’s society where there’s a lot of perfection — or perceived perfection. This kind of mindset makes failing seem like the worst situation ever.

But as we’ve established, it’s not.

That’s why it’s so important for parents to allow their kids to fail occasionally — and to help them learn how to fail and overcome failure.

How can you do that?

Well, it’s important to let your kids know that we have to take risks in life and that sometimes those risks will result in failure. Don’t just speak the words, though. Share examples in your own life and in the lives of others where failure was a springboard to success.

When your child fails at something, first show empathy. Don’t just brush off your child’s feelings; Acknowledge the frustration and disappointment.

From there, make the failure into a learning moment. Encourage your child to find a new way or new solution to the problem and brainstorm how they can navigate a similar issue in the future.

And finally, it’s important to model this behavior for your kids. As adults, we regularly face failure, though we don’t often want to share it with others. But it’s important to let your kids see you fail and how you work to overcome that failure.

If your child is having difficulties adapting to things like failure, your pediatrician may be able to offer some advice. Need a doctor? Find one here.