Type 2 diabetes & kids: Why it’s on the rise 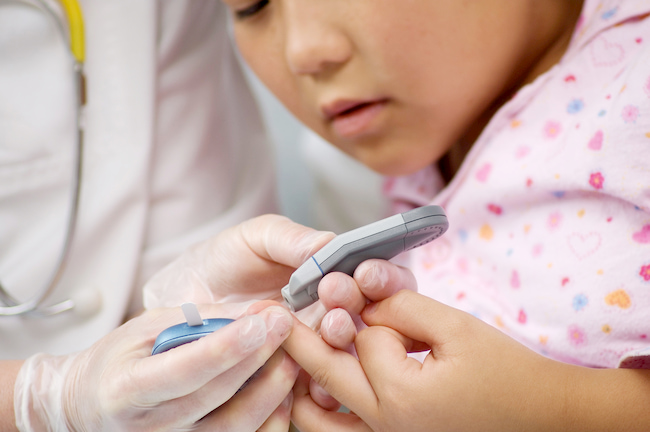 Years ago, diabetes was placed in two defined categories — Type 1, which also was known as juvenile diabetes, and Type 2, which was considered “adult onset.” These days, though, those boundary lines are blurred.

Type 2 diabetes is a condition that affects the way the body processes glucose, and it’s typically been associated with poor lifestyle choices made over years of time. But that’s changing.

So, why are kids now being diagnosed with Type 2 diabetes? Let’s take a deep dive into the issue.

The rise of Type 2 diabetes

Insulin is a hormone produced in the pancreas that helps control the blood sugar level in our bodies.

When a person has Type 1 diabetes, the body no longer makes insulin. This is a condition that cannot be prevented.

On the other hand, when a person has Type 2 diabetes, the body still makes insulin. However, it either doesn’t make enough insulin or the insulin is ineffective. In other words, the body isn’t handling insulin properly. Type 2 diabetes can be prevented.

The number of cases of Type 2 diabetes in children has been increasing steadily over the past few decades, rising alongside the number of overweight and obese children.

In fact, of the thousands of American children and teens with this type of diabetes, more than 80 percent of them are overweight, while 40 percent are considered obese.

The connection between lifestyle & Type 2 diabetes

So, what exactly is the connection between a child’s lifestyle and his or her risk of developing Type 2 diabetes? Well, it’s the same as it is for adults. Those who live a sedentary lifestyle and eat poorly are at an increased risk.

For one thing, someone carrying excess weight, particularly around the belly, is more likely to develop insulin resistance. That means exactly what it sounds like — the body doesn’t respond to glucose normally.

Instead, glucose (also called blood sugar) isn’t able to enter the cells of the body and supply energy. This raises a person’s blood sugar level, which then causes the pancreas to work harder to produce even more insulin. Eventually, the pancreas may be unable to make enough insulin to keep blood sugar at a healthy level.

More than one-third of American kids today are considered overweight, and many kids, including nine out of 10 teens, don’t get the recommended amount of daily exercise. Combine that with lots of exposure to processed and fast foods — and you have a recipe for chronic medical conditions, including diabetes.

Signs of Type 2 diabetes to Watch For

One positive thing about Type 2 diabetes is that it’s largely preventable, and you can sometimes even make lifestyle changes that reverse the condition.

But it’s also important to know the signs of the condition so that you can seek medical condition for your child if he or she may be experiencing Type 2 diabetes.

Those who have this type of diabetes may experience:

These are some signs to watch for, but it’s also important to note that in as many as 40 percent of kids with Type 2 diabetes, no symptoms are evident. That’s why regular checkups are important.

How to prevent Type 2 diabetes

We talked about the impact that lifestyle can have on the body and blood sugar levels. There are multiple steps you can take to lower the risk of developing Type 2 diabetes.

Believe your child may be in danger of developing Type 2 diabetes? Your pediatrician can recommend steps you can take to lower the risk. Find a doctor here.