Understanding scoliosis & the signs to watch for 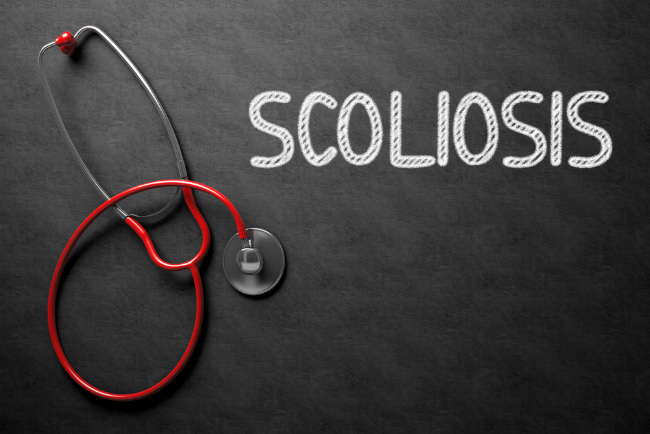 Princess Eugenie recently drew attention at her wedding for wearing a dress that intentionally exposed the surgical scar from scoliosis surgery. That move brought scoliosis out of the shadows and into the news. But what exactly should parents know about the condition?

The numbers are pretty staggering. Roughly 3 million new cases of scoliosis are diagnosed in the United States each year.

But while the condition is common, it’s also not very well known or understood. That’s why we want to share some insight into scoliosis that all parents should know.

Scoliosis is a sideways curvature of the spine that typically develops during the growth spurt that immediately precedes puberty. In a person with the condition, there will be a curve in the spine that appears like an “S” or “C” shape.

A normal spine, in contrast, is a straight line.

The curves associated with scoliosis most often occur in the upper and middle back, known as the thoracic spine. It  also occasionally will crop up in the lower back and   sometimes may even develop in both parts of the spine.

The types of scoliosis

The most common type of scoliosis is “idiopathic,” which typically develops in kids between age 10 and adulthood. For those with this type of the condition, curves vary in size and severity and may worsen during growth spurts. Both girls and boys can be affected, but more severe curves are more common in girls.

Other types of scoliosis include “congenital” and “neuromuscular.” The former causes problems in the spine to develop before birth, while the latter occurs due to conditions such as muscular dystrophy or cerebral palsy.

The signs of scoliosis

Throughout childhood — and particularly during puberty — your child’s doctor will keep a careful eye on his or her development, including the shape of the spine. But there are also symptoms you can watch for in your child, including:

In severe cases, you may even notice that the ribs on one side of the body stand out more than on the other side. That’s due to the spine rotating as the scoliosis curve worsens.

If you, a teacher or coach notice any of these signs in your child, talk with your doctor about what you’re seeing.

If scoliosis is suspected…

If you or your doctor believe your child may have a curve in the spine, your pediatrician is likely to perform what’s known as the “Adam’s forward bend test.” During this screening, your child will bend forward with feet together, knees straight and arms hanging down. The doctor will view the child from the backside, looking for spinal deformity.

X-rays are also used to confirm a scoliosis curvature.

From there, a doctor will look at multiple factors to help you determine a path forward. These include the curve’s location, its severity, your child’s age, and how many years of potential growth remain (i.e. any future growth spurts).

Depending on these factors, a doctor may recommend a variety of treatment options.

A surgical procedure usually is only recommended if a child’s curve is extremely severe or if conservative treatments haven’t helped.

In very mild cases, a doctor may recommend only observation — meaning that he or she will monitor the spine as your child grows.

In other cases, bracing may be recommended. This is common if a curve is mildly severe and your child is still growing. It’s important to note that bracing will not “cure” the curve, but it will prevent it from worsening.

In severe cases, surgery is an option, since significant curves can worsen to the point that they impact lung function. Spinal fusion is performed to straighten the curve and fuse the vertebrae in the spine together so they heal into a single bone.

Believe your child is exhibiting signs of scoliosis? Schedule an appointment with your child’s pediatrician or find one here.

Robert Quigley, MD is a pediatric orthopaedic surgeon with Children’s Hospital at Erlanger. Pediatric Orthopaedics is the medical subspecialty focused on evaluating and treating musculoskeletal (bone, joint, or muscle) problems in a child who is still growing. Learn more here.