Is there really such a thing as gaming disorder? 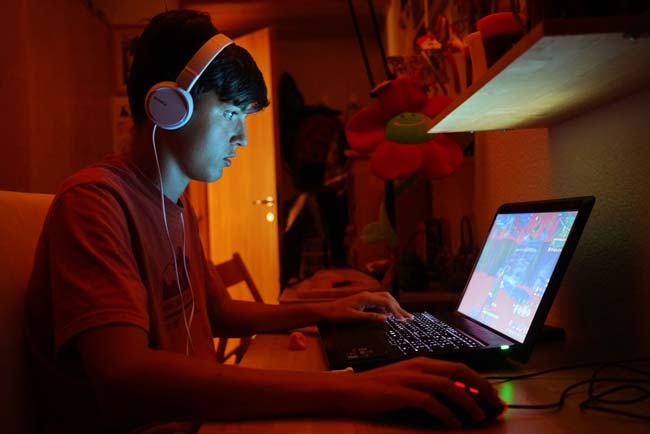 The short answer — yes. As of this year, the World Health Organization (WHO) recognizes “gaming disorder” as a mental health condition.

But what is it exactly, and how would you know if you or your child were affected? Let’s take a look at the issue.

In their 11th Revision of the International Classification of Diseases (ICD-11), the WHO offers up a definition for what gaming disorder is. There are other names for the condition, as well, including “video gaming disorder” and “gaming addiction.”

According to the WHO, gaming disorder is “a pattern of gaming behavior characterized by impaired control over gaming, increasing priority given to gaming over other activities to the extent that gaming takes precedence over other interests and daily activities, and continuation or escalation of gaming despite the occurrence of negative consequences.”

But what does that really mean?

Well, essentially, a person may be addicted to playing video games if he or she begins to prioritize playing over all other activities, including daily necessities like sleep, showering and even eating.

This occurs in a similar way as addiction to some type of substance, such as alcohol or drugs. Research shows that in those who play games, the brain responds similarly to the way it does to an addictive substance, producing neurological changes that “hook” you to keep playing.

How gaming disorder is diagnosed

The condition is so new that diagnosing it may be a challenge at first. But if your child has just recently gone on a video game kick, he or she likely isn’t affected by gaming addiction.

In order for gaming disorder to be diagnosed, a doctor will need to see a persistent pattern of gaming causing significant impairment in personal, family, social, educational and other areas of life for at least one year.

While the condition is very real, it also affects only a small percentage of the total number of people who regularly participate in video gaming. But anyone who plays — and their parents — should keep an eye on behavior and monitor the amount of time spent playing.

Why gaming disorder is potentially on the rise

One key reason is likely the increase in the number of multi-player games in recent years. Multi-player games, like Fortnite, are particularly addictive because players always have someone new to battle.

Combine that with an overall increase in video gaming and screen time and you have a potentially dangerous combination.

All of those things increase the risk of health issues, along with socialization problems.

The potential signs of gaming disorder

A child or adult who’s addicted to gaming may experience any number of symptoms linked with long periods of time spent with a controller in hand. These may include:

“Gaming disorder is creating a circadian rhythm disorder — a delayed sleep phase syndrome,” Dr. Suhrbier says. “In your brain, you have a pacemaker for your sleep cycle. We’re creatures of the sun, so when the light hits our eyes, it sends signals to the pacemaker to wake up. When the sun goes down, that stimulus is removed and then the mechanisms that say it’s time to go to sleep kick in.”

But when a child or adult is spending time with any type of electronic device, including playing video games for long periods of time, that mechanism is disrupted.

“If you’re playing these games incessantly, these games are emitting artificial light with enough frequency that it’s essentially telling your brain to keep staying awake,” Dr. Subrbier says. “The body is saying ‘we’re going to push our natural sleep time forward — we’re going to delay it.’”

That delay means that if a child is playing a game late into the night, he or she is unlikely to get the necessary amount of sleep required before school begins.

“So the new normal becomes a 2 a.m. bedtime rather than a 10 p.m. bedtime,” Dr. Subrbier says. “But the body still needs nine hours of sleep. If you’re playing Fortnite until 2 in the morning and you go to sleep, what happens at 6?

“You get up, because you have to get on the bus and get to school. Kids develop this chronic sleep deprivation, along with a circadian rhythm that has now been pushed forward.”

Regularly not getting enough sleep can have harmful effects on health.

According to the AASM, children who don’t get enough sleep are also at an increased risk for:

What parents can do

There are some simple steps parents can take to lessen the risk of gaming disorder. First and foremost, create — and enforce — screen time limits.

Once the time limit has been reached, the video games should stop. Enforcing this type of limit helps lower the risk that a child will spend enough time with games to become addicted.

In addition, ensure that your child is getting enough sleep. Based on his or her wakeup time, select an appropriate bedtime that will allow for plenty of quality sleep.

Help your child wind down by cutting off device usage a couple hours before bedtime and helping him or her set up a bedtime routine, which may include showering and getting ready for the next day.

Concerned your child is developing tendencies of gaming disorder? Talk with your pediatrician about your concerns. Find one here.