Heads up! Separating myth from fact about concussions 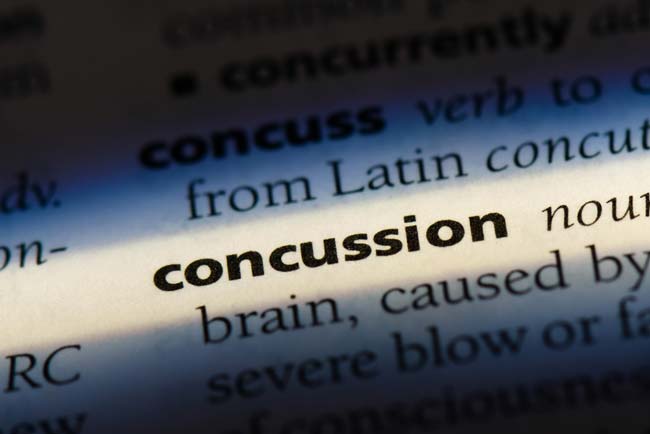 Head injuries and concussions are in the news all the time these days. But what you think you know about these common injuries may not actually be true.

First things first, though — let’s nail down some specifics about concussions.

A concussion is a type of traumatic brain injury, commonly referred to as TBI. When the brain bangs against the skull due to trauma, like a fall or whiplash, microscopic injuries occur in the brain.

Blood vessels within the brain may tear, and nerves located inside the brain can be impaired. When these reactions occur, they can cause a concussion.

Thousands of sports-related concussions occur every year in the United States at every level of sport.

Anytime something is that common, there are likely many misconceptions about the topic. Concussion is no different, so let’s separate the myths from the facts.

Myth 1: Concussions only happen in football.

Fact: That’s simply not true. In fact, football isn’t even the sport where concussions are most common, at least not among young athletes.

A 2017 study by the American Academy of Orthopaedic Surgeons found that female athletes, particularly those playing soccer, are more likely to experience concussions than male athletes.

Researchers aren’t quite certain why that is, but it may have something to do with neck strength in females as compared with males.

But the bottom line? Concussions can — and do — occur in all sports, not just football.

Fact: Nope! As is the case with many medical conditions, a concussion may present itself in many ways, and a loss of consciousness is not always involved.

And the tricky part about concussion symptoms is that they may not always appear immediately after a head trauma. They can occur up to 72 hours later.

If your child experiences a head trauma, keep an eye out for these symptoms:

“Often children may downplay their symptoms so that they can continue to play their respective sport,” cautions Dr. Derek Worley with Erlanger Sports and Health Institute. Due to this, he says, “it is of utmost importance for parents to be familiar with these symptoms and to remain vigilant.”

If your child experiences any of these symptoms, even without a loss of consciousness, seek medical attention promptly.

Fact: Not necessarily. While the incidence rate of concussions has increased annually since 2010, that is likely related to increased awareness of the condition and more people seeking medical attention.

In the past, those who experienced a concussion may not have been seen by a doctor or formally diagnosed with a concussion.

But what is true is that concussions and TBIs are common — among athletes and non-athletes alike. Each year, more than 2 million TBIs are treated in American emergency departments.

And for kids specifically, the rate of ER visits for TBI more than doubled between 2001 and 2012.

Fact: While there’s no way to completely prevent concussions, there are steps you and your child can take to help limit the risk.

Safety tips to avoid concussion are largely sport-specific, but there are a few basics that apply across the board. Because they involve the very principles of athletic competition, it’s important to start teaching kids these practices at a young age.

Baseline testing can help with evaluation in the event that your child suffers a head injury. Schedule one today!