Myth or fact: Bariatric surgery works mostly because it will help me feel full much sooner. 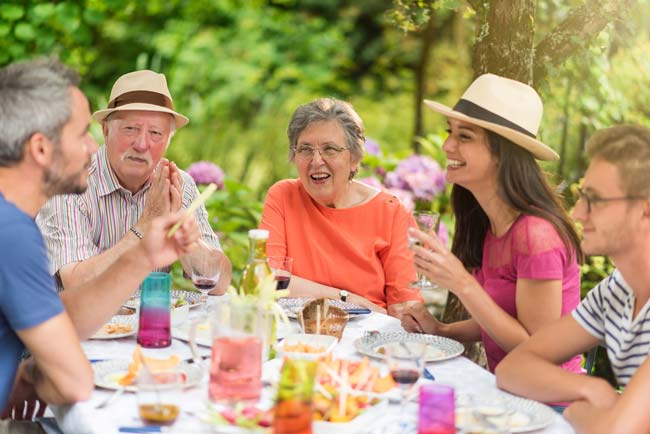 Everyone knows that satisfied “full” feeling, especially after a large meal like Thanksgiving. That feeling is commonly associated with having eaten well, and we are conditioned to think we haven’t eaten enough if we don’t feel this way after a meal. By contrast, I often hear my patients before bariatric surgery say that they almost never feel “full”, and if they do, the feeling only lasts a short time before they are hungry again. These individuals may seek bariatric surgery primarily for the perception that surgery may fix their deficient satisfaction with eating.

So is this how bariatric surgery works? It is true that almost all bariatric surgical procedures do limit the size of the stomach, which is medically called the “restrictive” effect. What may be open for debate is the degree to which the restrictive effect causes weight loss after bariatric surgery. It’s best to think of the postoperative stomach like a small funnel. If food is chewed well enough or if liquids are consumed, they will almost immediately slide through the outlet of the funnel (or in this case the stomach) into the small intestine. This emptying actually occurs much faster than a normal stomach. However, the funnel can be overwhelmed by not chewing well enough, eating foods of dry or rough consistency, or eating too quickly. When the funnel is overwhelmed, the new stomach is then “full,” but this feels nothing like the satisfied sensation that can be experienced when eating before surgery. In fact, a full stomach after surgery is often uncomfortable or even painful, and may cause you to throw up. “Full” before surgery is nothing like “full” after surgery, and the way you experience eating after your operation will never quite be the same.

Now, this does then beg the question of how exactly does bariatric surgery help you lose weight if it doesn’t help you to get “full” sooner. Perhaps counter intuitively, the strongest effects of gastric bypass and sleeve gastrectomy surgery occur precisely because the stomach empties much more quickly. Research has demonstrated that introducing less digested food into the small intestine quickly after eating changes the way the hormones in your intestine signal your pancreas and brain. We don’t entirely understand how this works, but we do know these changes in hormonal signals make our bodies more sensitive to insulin, can boost metabolism, make us less hungry, and can help us to be more satisfied with food. These are the true metabolic effects of surgery that right now cannot be achieved in any other way.

This leads me to declare the statement in question as thoroughly busted. We don’t expect or want you to be “full” sooner in the traditional sense of the word after bariatric surgery. We construct the operations to essentially hack your metabolism in a way that changes your hunger and “fullness.”