Is there really such a thing as “safe” smoking? 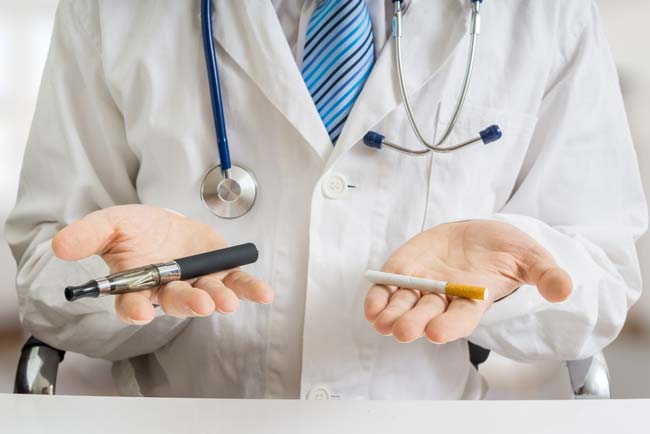 The long and the short of it? No.

Did you know that smoking is the single most preventable cause of death among Americans? In fact, smoking negatively affects nearly every organ in the body and is a major risk factor for many serious health conditions.

According to the Centers for Disease Control and Prevention, it causes more than 480,000 deaths each year — more than HIV, illegal drug use, alcohol use, motor vehicle injuries and firearm-related incidents combined.

But with the introduction of new types of smoking over the last few years, you may find yourself wondering: Is there any kind that’s safe for you?

Smoking: The case against cigarettes
We’ve known for years that cigarette smoking isn’t healthy. But why is that?

Well, for one thing, there are more than 5,000 chemical components in cigarette smoke, and hundreds of those are harmful to health. Take for example:

Carbon monoxide and nicotine also wreak havoc on health. When you smoke cigarettes, you inhale carbon monoxide, which then transfers to the bloodstream. From there, it decreases the amount of oxygen carried throughout the body.

Nicotine, which is found in cigarettes, is addictive and can lead to an increased risk of heart attack and heart disease.

Smoking: The dangers of e-cigarettes
So we know that cigarette smoking is dangerous. But isn’t vaping, or using e-cigarettes, supposed to be safer?

Sort-of, but not really.

At this point, there’s no long-term data on the safety and harmful effects of e-cigarettes. But it’s likely that e-cigarettes are less lethal than conventional cigarettes.

That’s because e-cigarettes don’t contain tar, which holds many of the carcinogens found in cigarette smoke.

However, e-cigarettes have dangerous health hazards of their own. E-cigarettes still contain nicotine, which as we mentioned above is addictive and increases a person’s risk of many serious health conditions.

The nature of e-cigarettes also creates an additional health hazard. E-cigarettes contain a cartridge of e-liquid, which contains nicotine and flavorings. If ingested, this e-liquid can be a dangerous poison.

Other components in that e-liquid, propylene glycol and glycerol, can decompose when heated, transforming into dangerous chemicals like formaldehyde.

Smoking: The facts about “safer” cigarettes
In the last few weeks, you may have heard about a type of cigarettes that supposedly offers a safer experience for smokers. This product, called IQOS, recently went in front of a Food and Drug Administration panel, hoping to convince experts that the product is safer.

The IQOS system functions differently than a cigarette — heating rather than burning tobacco. This supposedly reduces the number of toxic byproducts from smoking.

But the panel offered a mix review for the product. In one vote, the panel of experts indicated that the heated-tobacco device reduces the body’s exposure to harmful chemical.

However, in another vote, the panel rejected the manufacturer’s claim that the product “presents less risk of harm than continuing to smoke cigarettes.”

The FDA has yet to make a final decision on the product, but from their initial statements, it’s clear — no form of smoking is safe.

How to Quit Smoking
If you smoke, stop! You can eliminate some of the damage smoking has done to your health within hours of quitting. Other damage can be reversed in the coming years.

If you want to quit but aren’t sure how, your doctor can offer suggestions on what type of smoking cessation will work best for your health and individual needs.

Some people are able to quit cold turkey, but many people require the assistance of some type of cessation help, like oral medications or patches.

The safest type of smoking? Not smoking. Talk with your doctor about the cessation strategy that’s right for you. Need a doctor? Find one here.