What’s the deal with fidget spinners? 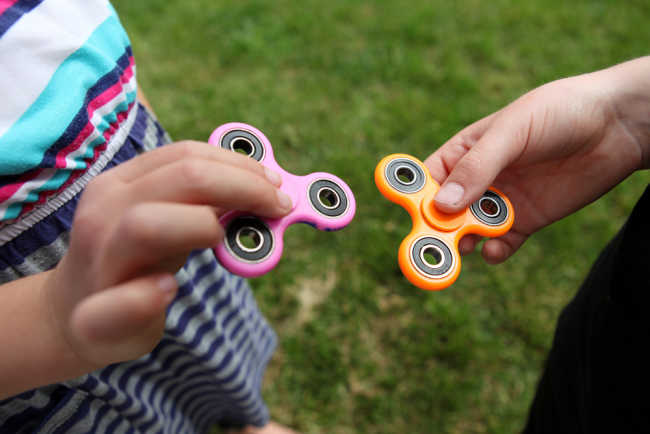 They’ve seemingly been everywhere the last few months, and your kids may even already have them. But what exactly is a fidget spinner?

Fidget spinners were originally created as a sensory aide designed to help those with health conditions such as ADHD, anxiety or autism. You might think they are a recent invention, but some form of fidget spinner has actually been around since the 1990s.

While the design differs between manufacturers, these devices are small pieces that a person can spin between his or her fingers. Check out the science behind how they work.

Fidget spinners are typically described as helpful for improving concentration, but are they really?

While fidgeting in and of itself is a way to help alleviate nervousness or expend excess energy, there’s little known about the effects of fidget spinners, particularly on those with conditions that affect concentration.

While there’s no scientific evidence about the effectiveness of fidget spinners, there are some other issues to consider. Since fidget spinners began gaining in popularity earlier this year, there have been multiple reported health incidents related to the devices.

In some cases, the spinners have loosened — becoming a potential choking hazard among young children and even older children who might place a spinner in their mouths. Tests have also found that the metal spinners of some devices contain amounts of lead or mercury, which can be hazardous if enough is ingested.

There have also been cases where children got their fingers stuck in the device and were unable to remove them.

So, what’s the bottom line? Treat the spinner like any toy. If you believe your child could benefit from one or simply wants one, just be sure it’s age-appropriate for your child and that he or she knows how to play with it safely.

Looking for guidance on the latest in children’s health? Talk with your pediatrician. If you need a pediatrician for your child, find one here.