No helicoptering: Instilling independence in kids 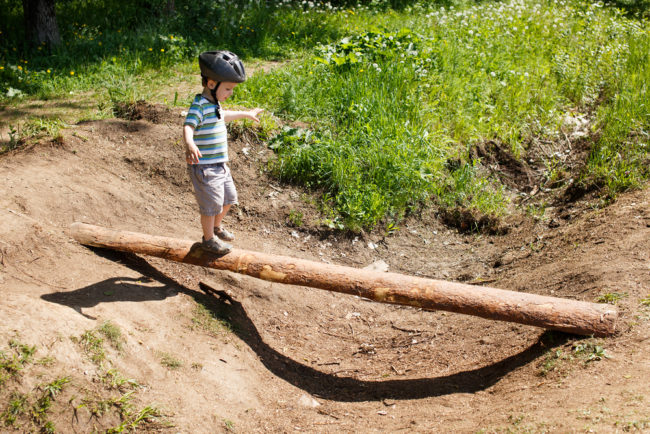 When it comes to raising kids, it can be difficult to strike a balance between being involved in their lives and overly involved. But it’s an important balance to strike when it comes to inspiring independence.

“Helicopter parenting” is a phrase that emerged in the 1960s to describe parents that hover over their children like a helicopter. Recently, the term became so popular that it was added to the dictionary.

The phrase describes parents who take on too much responsibility related to their kids’ successes — and failures. This can have negative effects for children who grow up and don’t know how to handle situations on their own.

In fact, studies have found that children of so-called helicopter parents often experience:

How can you strike the right balance when it comes to helping your kids become independent? Give these tips a try.

1. Show confidence in your kids. Before your children can have self-confidence, they have to learn that they’re worthy of confidence.

Allow them to do their own work for school and take on projects at home, church or in other groups. Show them that you believe in their work and in their abilities.

One of the best way to instill confidence in your kids? Mirror self-confidence for them. If you aren’t confident in yourself, your kids likely won’t be confident, either.

2. Teach responsibility. From an early age, children should know what is expected of them. This includes responsibilities in all facets of life, from chores at home to assignments at school.

Beyond establishing defined responsibilities, it’s also important to establish consequences when responsibilities aren’t met. A hovering parent might simply take over a chore at home when a child doesn’t do it. But it’s beneficial to your child if, instead, you require that the chore be completed and assign a consequence for not completing it in the first place.

3. Preach accountability. This goes hand-in-hand with responsibility. When things go wrong in life, people typically fall into two categories. They either hold themselves accountable for their role in the issue, or they blame other factors, including other people, bad luck and even the weather.

Show your kids from a young age that’s important to step up and accept responsibility for your part in a problem or a failure. And emphasize to them that accountability will also allow them to accept praise for their achievements and success.

4. Take off the leash. Part of becoming independent is having the ability to explore — and experience both the failures and the successes that come with that.

Obviously, when your kids are young, it’s important to keep a watchful eye on them as they explore. But as they age, they should be allowed to truly experience life and the real world. Doing so will help them establish their independence.