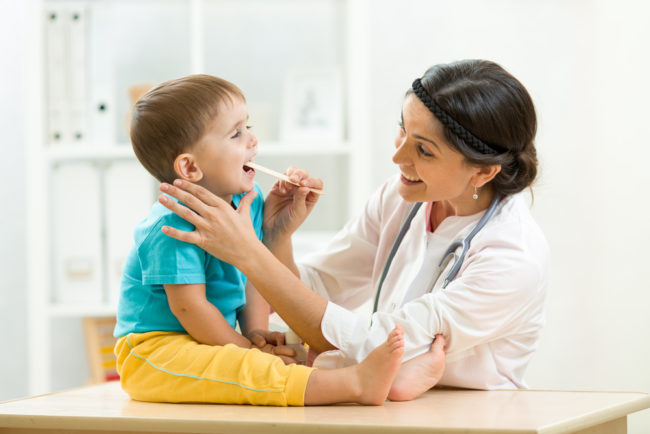 Bronchiolitis is a common respiratory infection affecting infants and young children, but many parents have never heard of it Here’s what you should know.

Bronchiolitis is an infection in the small airways of the lungs, called bronchioles. It is caused by a viral infection and occurs most often in children younger than age 2.

It’s not the same thing as bronchitis. While the names are similar, the conditions are different.

“Bronchitis affects the bigger airways in the lungs, called the bronchi,” says Matthew Kreth, M.D., F.A.A.P., Erlanger pediatric pulmonologist and assistant professor of Pediatrics in the Pediatric Pulmonology Department at UT College of Medicine, Chattanooga. “Bronchiolitis, on the other hand, affects the smallest passageways, the bronchioles. Those small airways get plugged up with mucus, which makes the body have to work harder to breathe.”

Symptoms of bronchiolitis may include:

“In children with bronchiolitis, you may also hear ‘crackles’ while listening to your child’s back,” Dr. Kreth says. “While wheezing is a more musical sound, this will sound more like popping noises that occur as air tries to open the plugged-up airways.”

When to seek medical attention

While some cases of bronchiolitis may cause only mild symptoms, certain symptoms indicate that medical care is needed.

“Parents should bring children in to be seen if they’re having any difficulty breathing, particularly if they seem to be using their belly to help breathe,” Dr. Kreth says. “Any changes in skin color, grunting as they’re trying to breathe, or dehydration concerns, such as less than 3 wet diapers in a 24 hour period, are also causes to seek medical attention.”

Because bronchiolitis is viral in nature, antibiotics are not effective. When a child is diagnosed with the condition, doctors typically treat the individual’s symptoms. Breathing difficulties and other symptoms begin to improve after about three days, and most healthy children are back to normal within a week.

Other things to know

“The most important thing is to keep your child hydrated,” Dr. Kreth says. “If you think your little one is dehydrated, try giving him or her 5 milliliters of an oral rehydration solution, such as Pedialyte, every five minutes for a few hours.”

“Cough and cold medications are an absolute no. A cough is actually a good thing with bronchiolitis, because it helps clear the airways of the mucus that is obstructing them. If you suppress the cough, the airways will plug up with more and more mucus.”

Whether your child develops bronchiolitis or another illness or injury, Children’s Hospital at Erlanger is here to help. We offer care designed specifically with kids in mind.