The 411 on the dangers of detergent pods 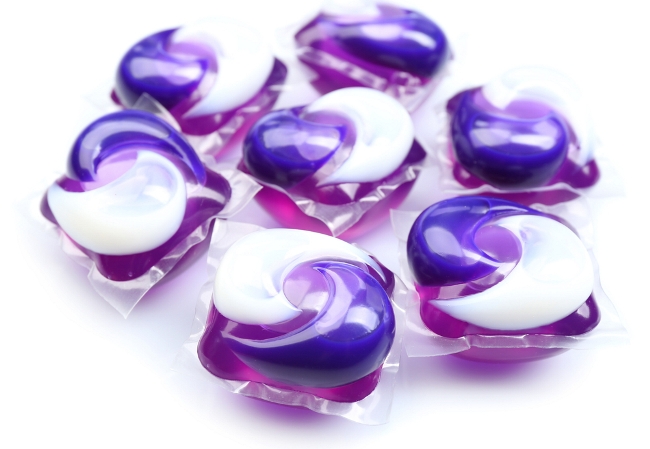 Candy or detergent pod? To a little one, they may seem no different — and that’s where the danger lies.

Laundry and dishwasher detergent packets hit the market several years ago. With their compact size and handy packaging, they’re marketed as convenient and easy. But recent research found that they’re also a danger for young children.

The study, conducted by the American Academy of Pediatrics (AAP), analyzed reported incidences from the National Poison Data System where children were exposed to detergent between 2013 and 2014. “Exposed to” means ingested, inhaled or absorbed by the skin or eyes.

In that time frame, there were 62,254 children younger than age 6 exposed to detergent.

Both liquid and packet/pod detergents were studied, but the dangers were far more significant with detergent pods than with liquids. Clinical effects, hospitalization, intubation and serious medical outcomes were higher among those exposed to pods — for example, 117 children required intubation, and 104 of those were related to detergent packets.

What makes them dangerous?

Detergent pods are brightly colored, sweet-smelling gel packets. For kids, particularly young ones, they can resemble candy, making them an attractive option to grab and put in their mouths.

Because they contain high, concentrated levels of detergent, though, ingesting these pods exposes kids to dangerous chemicals, which can lead to vomiting, wheezing, burns, gasping and excessive sleepiness.

How can I keep my kids safe?

Recommendations related to laundry detergent pods vary by the age of children in the household.

If your household contains children younger than age 6, the AAP recommends using liquid laundry and dishwasher detergent instead of pods. Detergent should still be placed out of the reach — and ideally, the sight — of kids.

Detergent pods are probably fine in a household with older children, but it’s important to teach your children about these pods and other household products containing chemicals. You want them to understand that products should be handled carefully and never placed near the face.

If your child ingests or is otherwise exposed to detergent pods, call Poison Control at 1 (800) 222-1222 or seek medical attention.

For questions about your child’s health, find a physician here.