A decade of survival: a father’s story of battling cancer and winning 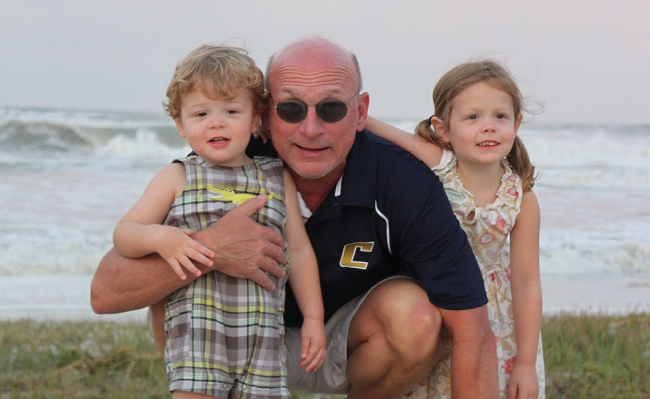 50-year-old father Dewayne was of average health, working through the daily stresses of life, and not considering that anything may be wrong with him. Which is why when he started to experience some of the classic colon cancer symptoms — narrowing stool, changes in bowel habits — he didn’t think that much of it. “Had I known what the symptoms were,” Dewayne says, “I would have done things differently.”

At the peak of his symptoms, Dewayne experienced total blockage. He visited his regular doctor, was prescribed a solution to drink to help pinpoint the blockage, and planned to return the next day for a CT scan.

But things took a turn that night. Dewayne began vomiting uncontrollably. With a call to his daughter alerting her of his condition, he was off to the emergency department at Erlanger Health System. “When I got to the emergency room, I couldn’t stop throwing up. They wanted to do X-rays, but I was just too sick.” Eventually the vomiting subsided enough to get the X-rays done, which unfortunately, were inconclusive. So, Dewayne was prepped for emergency surgery to find the root of the issue.

The source of his illness revealed itself during surgery. Dewayne was diagnosed with Stage 3 colon cancer. Tumors had spread from his colon to nearby lymph nodes. The cancerous cells, along with a portion of his intestines, were removed. Six months of chemotherapy followed. “The chemo made me feel dizzy. It made it hard go about normal activities.” Luckily, the surgery and chemotherapy were successful.

In an attempt to improve his health post-treatment, Dewayne started running. “At first it was just a mile or two — maybe even three at the most.” But in 2008, he was inspired by a friend, one of the founders of Emily’s Power for a Cure, to train for the Nashville Country Music Half-Marathon. It was a challenging course full of slow, rolling hills that make it difficult for runners to keep pace. “When I finished, I swore I would never run another one — but then I came back the next year to run the full marathon,” Dewayne said with laugh.

It’s been 10 years since he was rushed to the ER, and Dewayne is still going strong. Since the surgery, he has completed several marathons and three Stump Jump 50K races. He is also now the proud grandpa of two grandkids. “I’m very satisfied with the care I received at Erlanger. Of course I am. I’m still here!”

Colon cancer can often be detected before symptoms develop. That’s why it’s important to have a regular colon cancer screening for anyone age 50 and above — especially if you’re at high risk.

You may be at high risk for colon cancer if you:

Dietary changes that can help to prevent colon cancer include:

If you or someone you love is at high risk for colon cancer, make an appointment with your doctor for a screening. Don’t have a doctor? Find one here.