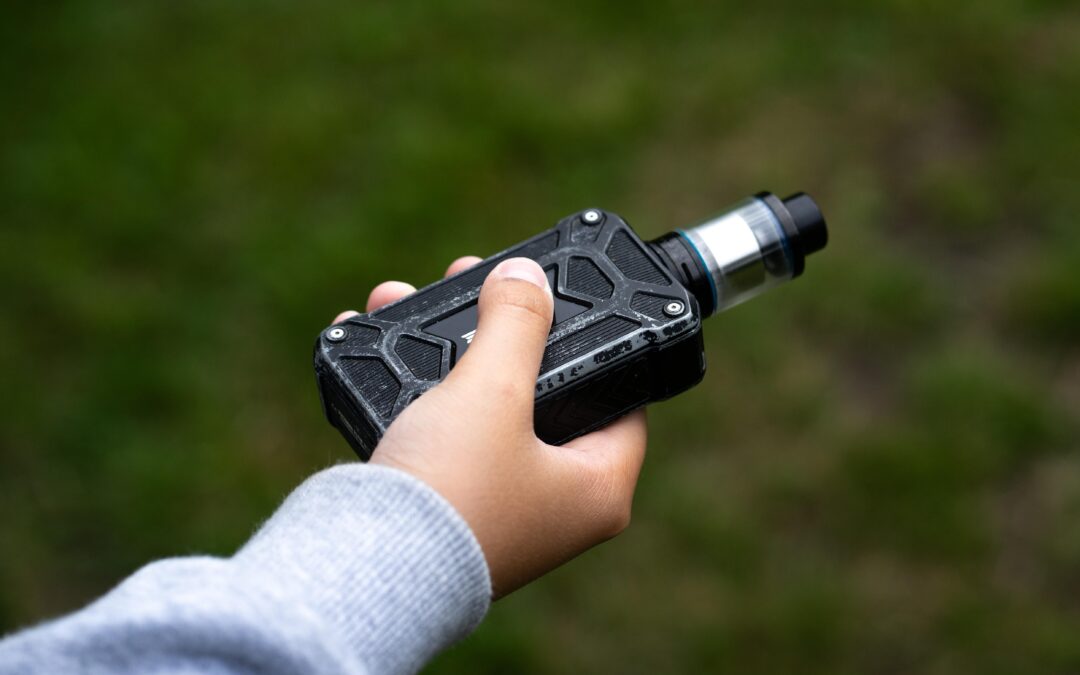 So rather than inhaling a harmless substance, you’re actually breathing in numerous chemical substances. The chemical that is creating the vapor effect is called “propylene glycol.” And it’s making contact with a lot of parts of your body, including your mouth, airway, throat, esophagus, and stomach, as it makes its way into the lungs. This chemical is a known respiratory irritant that bothers the sensitive lung tissues, causing harm and lung irritation.

Beyond this chemical, vaping also contains other chemicals, including potential toxins and cancerous agents like diacetyl, hidden in seemingly innocent flavors. The coils can often contain heavy metals such as lead, nickel, cadmium, and mercury that are released by the heating elements.

Truth: Yes, nicotine is normally there. While e-cigarettes do not contain tobacco, some teens are under the mistaken impression that they also don’t contain nicotine.

Rather than keeping kids from becoming addicted to nicotine, vaping can actually have the opposite effect. One JUUL pod contains as much nicotine as an entire pack of cigarettes.

Vaping can actually become a gateway into smoking, leading to dangerous health effects down the line, in addition to the ones that vaping already causes.

Most of us at this point have been in a restaurant or other public space where someone was vaping. It has been considered “safe” to vape around other people since you supposedly are only letting off ‘water vapor’ into the air. But just as we mentioned earlier, it’s not actually water at all. While you aren’t exposing people to smoke, per se, you are still exposing them to the potential dangers mentioned above.

A study found that vaping decreased indoor air quality by releasing nicotine, particulates, and potentially carcinogenic substances — PAHs and aluminum — into the air.

Truth: For all the reasons we’ve stated above and others, vaping is not healthy. The only thing the lungs were designed to inhale is clean, natural air.

Keep in that mind that the “juice” found in e-cigarettes contains nicotine and other substances that can lead to a variety of health problems, including asthma, prolonged shortness of breath, sinus infections, and wheezing. Children are being poisoned frequently by getting into these pods that contain concentrated chemicals and nicotine. These chemical side effects are likely worsened by adding other ingredients to the vapor and can lead to pulmonary lung disease with possible hospitalization and death!