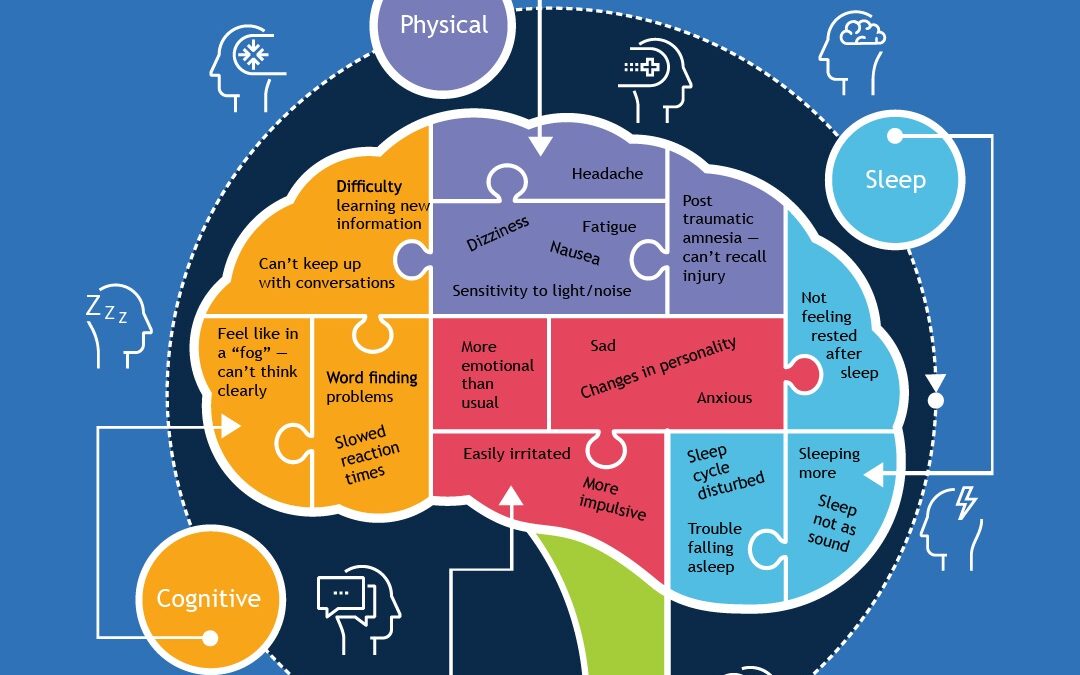 Each year, one out of every five student athletes playing a contact sport suffers a concussion from a blow to the head.

Concussions — one of the most common sports injuries — should not be taken lightly. Even what seems like a mild whack to the head can be serious. Concussions are brain injuries that can lead to significant permanent impairments if not properly diagnosed and managed.

Although athletic trainers and some coaches are trained to recognize the signs of concussion, it’s important for parents to understand the symptoms as well. Symptoms, such as appearing dazed and stunned, may show up right after the injury or may not appear until hours later.

Since proper management is essential for a healthy recovery, students suspected of a concussion should refrain from any physical exertion until they feel 100 percent normal again. The steps of recovery — ranging from no physical activity, to light or sport-specific exercise, to full play — may take several weeks and should be closely monitored by someone trained in concussion management before the player returns to practice or play.

If a concussion is suspected, a child should not return to the game or practice and should not participate until every symptom has disappeared. Although every situation differs, most students with mild concussions can return to school or class but should avoid any type of physical exertion until they are evaluated by a health professional who is well-trained in the management of concussions.

Sometimes, athletes wrongly believe that they’ll appear strong and courageous if they play injured. But playing too soon after a concussion could have deadly consequences. Don’t let your teen convince you that he or she is “just fine.” It’s not “cool” to play with a head injury. Parents and coaches need to help create an environment which echoes that fact.

Symptoms of a concussion

If a player reports even one of these symptoms, keep the player out of play and seek medical attention right away:

This article was originally published in HealthScope Magazine.

If your child plays a contact sport, make sure they are evaluated by a health professional who is well-trained in the management of concussions. For more information or to schedule an appointment check out the Erlanger Sports and Health Institute.