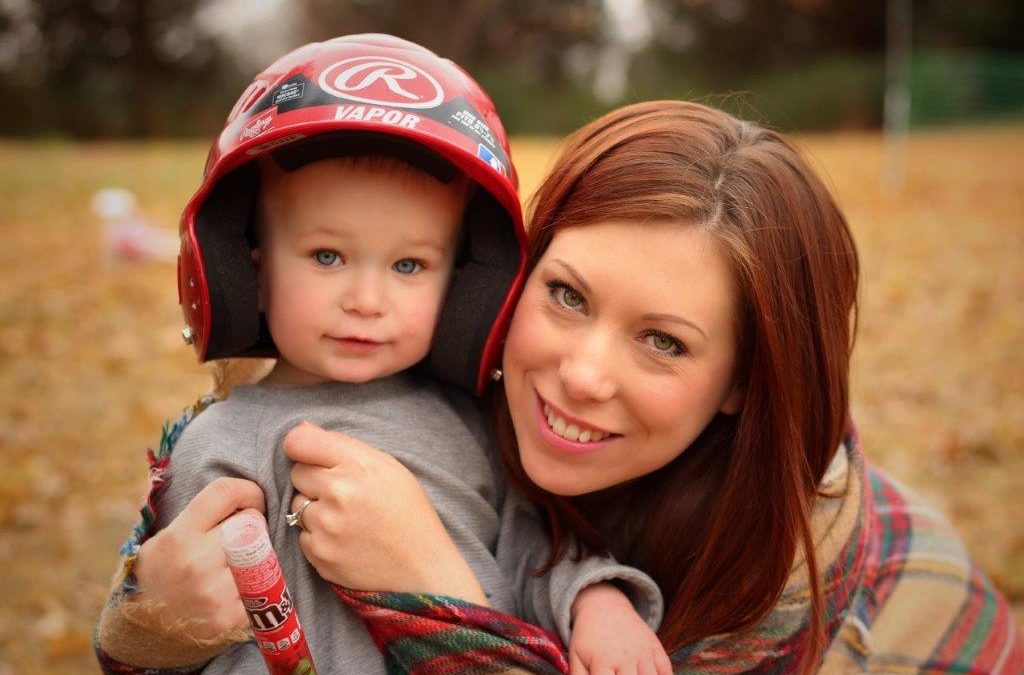 Turner prior to his second surgery

Like any parent, Kelly Moore and her husband grew concerned when they noticed a malformation of their son Turner’s skull just a couple of months after his birth. Diligently, they monitored his progress and eventually received a diagnosis: craniosynostosis. Read on as Kelly shares the story of her son’s journey with this condition in her own words.

When Turner was eight weeks old we began to notice that his “soft spot” was getting smaller and his head shape was becoming longer instead of rounding out. He was sent for an x-ray to check for signs of craniosynostosis. The results showed no fusions. For the next three weeks we measured his head every day and it had progressively gotten worse. At that time, his pediatrician sent him for a CT scan. The results: sagittal synostosis, meaning the suture that runs from front to back [of his skull] had fused prematurely causing restricted growth and other dangers.

He had his first open CVR (cranial vault reconstruction) on April 26, 2018, at six months old. Aside from unknowingly having the chicken pox during/after surgery, he recovered great and his head rounded out well until roughly four months post-op. Dad at the bedside during a hospital stay

We started noticing a hard “bump” forming on top of his head where his soft spot should have been along with shape regression. We were told for months that everything was normal but I didn’t feel it was. I didn’t feel like my baby was ok. At that time, we began searching for second, third, fourth, and even fifth opinions by emailing or calling anyone who would take the time to listen.

In December 2018, in a moment of desperation to find answers, I googled “craniofacial surgeons in the southeast” and Dr. Thurston at Erlanger Cleft and Craniofacial Center popped up. I reached out to the clinic director, Katlin, and knew immediately we had finally found our doctor. Dr. Thurston and Katlin spent countless hours over the next year helping us…from CT scans, eye exams, follow-ups, phone calls to emails. Progress of Turner’s head throughout treatment

Another surgery was recommended once it was determined that the hard “bump” was a vertex bulge, which are often associated with ICP (intracranial pressure). At that time, Turner’s CT and eye exams were not showing any signs of any pressure.

On December 4, 2019, Turner had his second open skull surgery at two years old. It was confirmed by Dr. Thurston after surgery that he had in fact been suffering from ICP. In hindsight, prior to surgery he was fussier than the average two year old – clingy, clumsy and uncoordinated – but it wasn’t consistent enough to raise any red flags.

If it wasn’t for the dedication of Dr. Thurston and the Erlanger Cleft and Craniofacial Center, we would have never known our little boy was suffering.

The Erlanger Cleft and Craniofacial Center specializes in the evaluation and treatment of patients with craniofacial (head and face) disorders. Our center covers a wide range of services, including surgeries, for children born with craniofacial birth defects, or a condition that develops through injury or disease. Turner 18 months after his second surgery

Our staff knows that dealing with facial or cranial disorders can be overwhelming for both you and your child and know that understanding these complex procedures can be difficult. Our multi-disciplinary team of pediatric specialists, along with careful planning and coordination with your child’s pediatrician, will allow us to provide comprehensive treatment plans that will greatly improve your child’s quality of life and appearance.

To learn more about the Erlanger Cleft and Craniofacial Center, visit our website or call 800-418-3223.