How much do you know about safe sleep & SIDS? 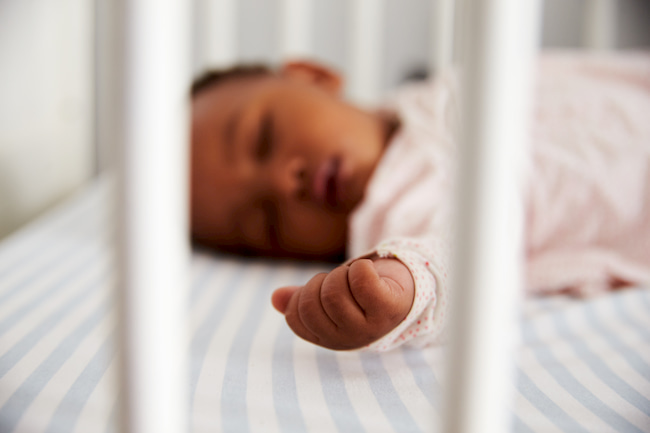 Each year, around 3,500 babies die of a sleep-related cause. While the number is staggering, safe sleep practices can help keep your baby safe and limit the risk.

There are a couple different terms used to describe when a baby dies of an unknown cause. The overarching term is SUID, which stands for “sudden unexplained infant death.” When this occurs during sleep, the more specific term is SIDS, which stands for “Sudden Infant Death Syndrome.”

SIDS is the unexpected death of a child younger than 1 year that remains unexplained even after an autopsy. Most SIDS deaths happen in babies between 1 month and 4 months of age, and the majority (90%) of SIDS deaths happen before a baby reaches 6 months of age. However, SIDS deaths can happen anytime during a baby’s first year. SIDS affects slightly more male children than female. African Americans and Native Americans are at a higher risk than Caucasians.

But while we know these facts, we don’t know exactly what causes SIDS. However, researchers have uncovered some common factors known to contribute to SIDS.

Let’s take a look at those risk factors and how you can protect your little one.

Certain things place an infant at an increased risk of SIDS. Those factors include:

While researchers still aren’t quite certain about many aspects of SIDS, they have identified that it occurs when an infant’s body can’t regulate breathing, heart function, and/or body temperature.

Lowering the risk of SIDS

While there’s no way to entirely mitigate the risk of SIDS, there are safe sleep habits that can lower the risk and protect your baby. First and foremost, always put your baby to sleep on his or her back.

This is an absolute — it’s a proven tactic known to reduce the risk of SIDS. Since the 1990s when the American Academy of Pediatrics and the National Institutes of Health began recommending infants sleep on their backs, the number of SIDS fatalities has dropped by 50 percent.

Both side sleeping and sleeping on the stomach are considered unsafe.

Contrary to some misconceptions, sleeping on the back is not associated with an increased risk of choking or any type of head deformity. The ABC’s of Infant Safe Sleep offers simple guidelines to help you decrease the risk of SIDS.

The ABC’s of Infant Safe Sleeping

Beyond following the “ABC’s of Safe Sleep” guidelines, parents can also follow some other basic measures to help protect their little ones:

Looking for other guidance about safe sleep and other healthy habits for your little one? Talk with your pediatrician or find one here.