Putting an end to child abuse 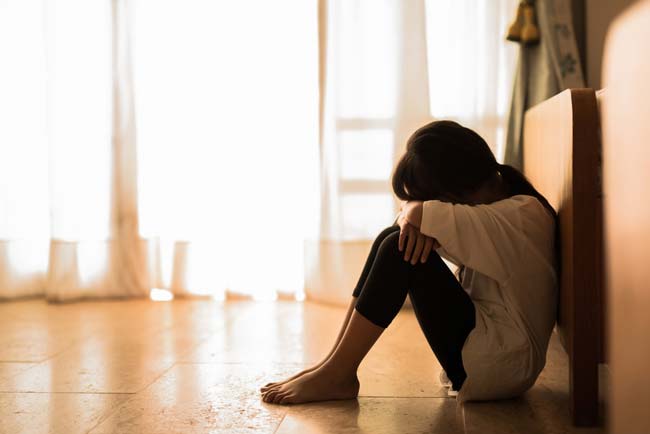 Each year, more than 3 million cases of child abuse are reported in the United States. The numbers are sobering. But what can be done to prevent it?

The month of April is designated each year as National Child Abuse Prevention Month, bringing attention to a pervasive problem.

But before we can think of solutions, we first have to truly understand the issue. Read on for some insight.

You might think of child abuse as physical abuse alone. But it’s more than that.

Child abuse is defined as when a parent or caregiver causes injury, emotional harm or even death to a child, whether by taking an action or by failing to act. More than that, even putting the child at risk of serious harm is considered child abuse.

Many forms of mistreatment fall under the umbrella of abuse, including neglectful behavior, exploitation, emotional abuse, physical abuse or sexual abuse. These types of abuse are also called “adverse childhood experiences” or ACEs.

One of the most important steps we can take to prevent child abuse is to know how to identify the signs of each type of abuse.

Physical abuse is any type of action that injures a child, even if it’s not intended to cause injury. If a child is being physically abused, he or she may have:

Emotional abuse occurs when a parent or caregiver harms a child’s mental or social development or causes severe emotional harm. Emotional abuse is almost always present when another form of abuse is found and can have more long-lasting negative psychiatric effects than either physical abuse or sexual abuse. If a child is being emotionally abused, he or she may have:

Behaviors to look for in the parent or caregiver include belittling, rejecting, ridiculing, blaming, scape-goating, and bullying the child or children. They may create an environment of terror, fear, and/or violence and often deny the child of their emotional response. Other behaviors — which may be more difficult to spot since they most often happen behind closed doors — include isolating, exploiting, corrupting or confining the child.

Sexual abuse is the use of a child for sexual purposes or in sexual acts. This can be perpetrated by either an adult or an older child. If a child is being sexually abused, he or she may have:

Child neglect is also considered abuse and occurs when a parent or other caregiver doesn’t provide the care, supervision and other support necessary for a child’s health, safety and well-being. If a child is being neglected, he or she may have:

If you believe a child is being harmed or see evidence of child abuse, report your suspicions to the local police or the Child Protective Services department immediately.

What can be done to prevent child abuse

Knowing the signs and taking action to document and report suspected abuse is step one in preventing further abuse. But how can you prevent it from happening in the first place?

The most important steps take place within the family. As a parent, it’s important to recognize your own behavior and remain in control of your emotions.

Never discipline your child when you’re angry. Wait until you have a chance to regain control of your emotions before taking steps to talk through what your child did wrong. Consider what your child is experiencing and what the situation feels like to him or her.

If you feel that you or someone else who cares for your child may be exhibiting abusive behavior, seek counseling or other resources to protect your children. Advocates at The National Domestic Abuse Hotline are available 24/7 at 1-800-799-SAFE (7233).

As a parent, you’re also responsible for helping your child defend his or herself against potential abuse from others. You can do this by getting to know your child’s friends, truly listening to your child, being aware of changes in your child’s behavior or mood, and paying attention to those around your child.

Your child’s pediatrician can offer insight into this and other complex topics. Looking for a pediatrician you can trust? Find one here.