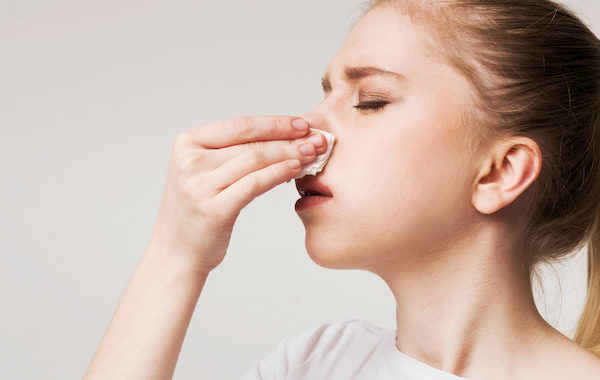 Is there a home remedy that’s been passed down from generation to generation in your family? While some remedies can actually be effective, in many cases, they are not. Let’s shed some light on home remedies.

Maybe your grandma passed down the remedy to you. Or you’ve simply heard it over the years from someone somewhere and thought you’d try it out.

But the reality is, while some home remedies work fine, others can actually do more harm than good, particularly when it comes to your health.

That’s why we’re taking some time to debunk a few common “remedies” and offer some alternatives.

This remedy seems to be everywhere. But it’s definitely one you should skip.

If you experience a second or third degree burn, which involves the skin blistering, turning white or losing sensation, your injury will need to be treated by a doctor.

But even for first degree burns, which can be treated at home, you’ll want to steer clear of butter. This remedy was pretty common in the past, which may be why you hear a lot of grandmas offering it up as a suggestion.

The reality, though, is that while the coolness of refrigerated butter can feel good on a burn, the fat in the butter can actually hold in heat in the skin and even cause more damage. You’re also potentially contaminating the burn area with bacteria that’s made its way into the butter.

What to do instead: Run cold water over the burn for at least 10 minutes and then the American Academy of Dermatology recommends applying petroleum jelly and covering the area with a non-stick bandage.

Home remedies debunked: Tilt your head back for a nosebleed

This remedy is another one that’s made the rounds. But while you may have people tell you to tilt your head backward to stop a nosebleed, that’s actually the opposite of what you should do.

What to do instead: Lean your body and head slightly forward. While breathing through your mouth, use your thumb and index finger to pinch the soft part of your nose — below where glasses sit on the nose. Press firmly for 10 minutes, then check to see if bleeding has stopped. If it has not, continue to apply pressure for another five minutes, then check again.

If bleeding hasn’t stopped after 15 minutes, you may need to seek medical attention.

This is the case of a home remedy that’s being replaced by better options. While you can use a dose of castor oil to help relieve constipation, the results may be pretty uncomfortable considering it’s a stimulant laxative.

That’s why many doctors and pharmacists would recommend taking a different approach.

What to do instead: Try other remedies, such as increasing your fiber intake, eating prunes or prune juice, or taking a gentle laxative, if needed.

In the past, it was very common to “clean out” open wounds with peroxide or even iodine. A child of the 80s is likely very familiar with the sting that hydrogen peroxide leaves behind when it’s applied to a cut.

But that’s precisely why you want to skip this remedy. Hydrogen peroxide and iodine can be irritating, and they can even kill off the body’s cells that are scurrying to the area to defend it against bacteria and germs.

What to do instead: Clean the wound with water then wash around the area with soap. Don’t get the soap in the wound — that will sting. Once the area is clean and any debris has been carefully removed, then apply a small amount of antibiotic ointment or petroleum jelly to help moisturize the area. Cover the cut with a bandage.

This seems like common sense — the stinger needs to come out to ease the pain of a sting. But squeezing it out isn’t the way to go! In fact, doing so can actually cause more venom to release into the skin, causing more pain.

That’s why you want to avoid using tweezers to remove a stinger, since it puts pressure on the area and squeezes the stinger.

What to do instead: Scrape gently over the area with your fingernail or the edge of a credit card. That’s the key, the scraping motion will help remove the stinger without squeezing the area. From there, wash the area with soap and water and apply a cold pack as needed to reduce swelling.

Not sure whether that remedy actually works? Your doctor can offer guidance and suggestions on treating common injuries and illnesses. Find a doctor here.