Busting myths about the flu shot 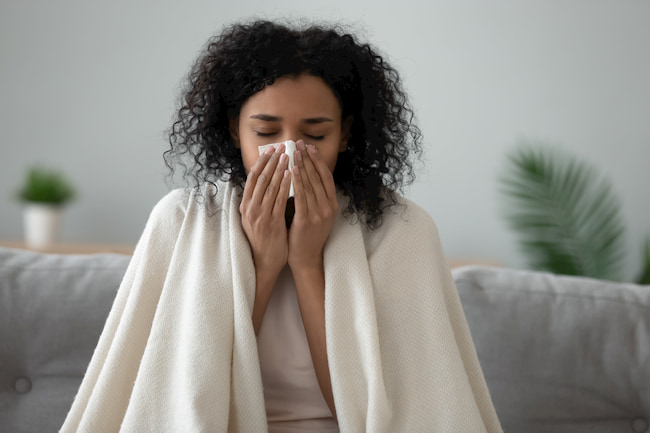 Flu season has arrived in full force and it’s not too late to get your annual flu shot! Is your family protected? If you’re hesitating to get the flu shot because of some things you’ve heard, let us share a few facts.

The Centers for Disease Control and Prevention recommends that nearly everyone age six months and older get an annual flu shot. But there are a ton of misconceptions out there that keep many people from being vaccinated each year.

That’s why we’d like to shed some light on some common myths — and emphasize why you should get your flu shot each year. Read on as we do a little myth busting!

Wrong! The flu shot is reformulated each year to protect against the strains of the flu thought to be most prevalent in that year. An annual flu shot helps make it more likely you’re getting protection against this year’s virus.

In addition, the flu shot’s effectiveness wanes over time, so last year’s vaccine wouldn’t protect you in this year’s flu season.

For optimal protection, the CDC recommends getting an annual flu shot by the end of October, allowing your body to build up antibodies before the flu season is in full swing.

Flu shot myth No. 2: The flu shot isn’t effective anyway, so there’s no reason to get one.

While it’s true that nothing is 100 percent effective at preventing the flu, the flu vaccine is your best defense against getting the flu. And if you’ve had the flu, you know you don’t want it again!

As we mentioned above, the flu shot is reformulated each year to protect against specific strains of the flu virus. A flu shot protects against either three or four strains of the virus, depending on the specific vaccine.

Because there’s some research and guesswork involved, the vaccine isn’t 100 percent foolproof. But in most years, it does reduce the risk of flu illness by up to 60 percent. That’s a big difference!

Even if you still get a different strain of the flu virus after getting a flu shot, you’ll still benefit — if you’re vaccinated and still come down with the flu, your symptoms will be less severe and shorter in duration.

Flu shot myth No. 3: The flu shot can give me the flu.

This is a common misconception, and it’s totally false. The flu shot contains inactivated versions of the flu virus, so it is not possible for the vaccine to give you the flu.

There are two common reasons behind this persistent myth. First, at times, after getting a flu shot, a person might feel minor symptoms related to the shot. But these are nothing close to the flu — if you experience them, you may get a small fever, minor achiness around the injection site and a little fatigue.

Flu shot myth No. 4: If I don’t get the shot, I’m not hurting anyone but myself.

This unfortunately isn’t the reality. The best defense against the flu — and against flu illness across America — is to receive an annual flu shot.

When you don’t receive the vaccine, you put yourself at risk of illness and of serious complications related to the flu. But you can also put the health of others at risk.

That’s because some populations, including those with chronic illnesses and those with compromised immune systems, are at an increased risk of developing the flu and of deadly complications. In some cases, those within these groups cannot be vaccinated, which makes it all the more important that everyone around them be vaccinated.

So, when you get a flu shot, you aren’t just protecting yourself. You’re also helping protect those at the highest risk, who may not be able to otherwise protect themselves.

Still need a flu shot? Visit one of our 6 Erlanger Express Care locations throughout the region to protect yourself and your family this season!