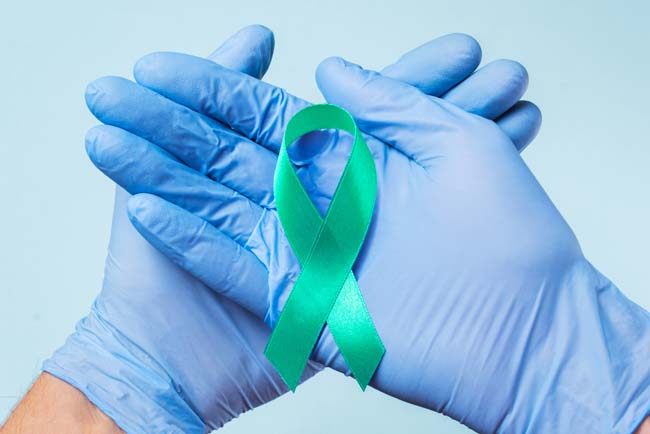 Are you familiar with ovarian cancer? While this type of cancer accounts for only 3 percent of all cancers among American women, it causes more deaths each year than any other cancer of the female reproductive system.

Unlike breast cancer, ovarian cancer is rarely found in its earliest stages. In fact, only 20 percent of cases are discovered in an early stage. Many women affected by ovarian cancer experience only mild or no symptoms until the disease has advanced, meaning it often passes under the radar.

There’s also no reliable screening for ovarian cancer at this time. So what can you do to protect your health? Let’s take a look at the condition.

There are a number of factors that have been shown to either increase or decrease your risk of developing ovarian cancer.

Women with the following characteristics are at a higher risk:

On the other hand, certain factors have been shown to lower a woman’s risk of developing ovarian cancer. Women who use oral contraceptives or an injectable hormonal contraception, those who’ve had their tubes tied (tubal ligation), and those who have been pregnant and who have breastfed.

When to see a doctor

While women are more likely to experience symptoms once the disease has spread past the ovaries, even those in early stages of the disease may experience these symptoms:

Because these symptoms are common and often indicative of other, less serious medical conditions, you want to keep a special eye on these symptoms if they become persistent or they worsen. If you experience them more than a few times a month, talk with your doctor.

If ovarian cancer is diagnosed, doctors determine a personalized treatment plan that may include surgery, chemotherapy, radiation therapy, hormone therapy or a combination of more than one type.

Although ovarian cancer is usually discovered in later stages, it often goes into remission after initial treatment.

What else to know

Earlier we mentioned that having a hereditary breast and ovarian cancer syndrome places you at higher risk of developing ovarian cancer. Let’s talk a bit more about that.

If a woman inherits the BRCA1 gene mutation, she has a 39 percent chance of developing ovarian cancer by the time she reaches age 70. Those with the BRCA2 gene mutation have up to a 13 percent risk of developing the disease by the same age.

Testing isn’t appropriate or necessary for all women. But certain women at a higher risk of BRCA mutations may find genetic testing helpful.

Patients diagnosed with ovarian cancer may also be tested for BRCA gene mutations. Those found to have BRCA mutations may benefit from innovative new medications. Other testing options include tumor marker tests and complete blood count and metabolic panel.

Annual well-woman checkups are an important way to protect your health. And the best news is: They’re covered free of cost under most insurance plans. Find a doctor or learn more about Erlanger Gynecologic Oncology here.