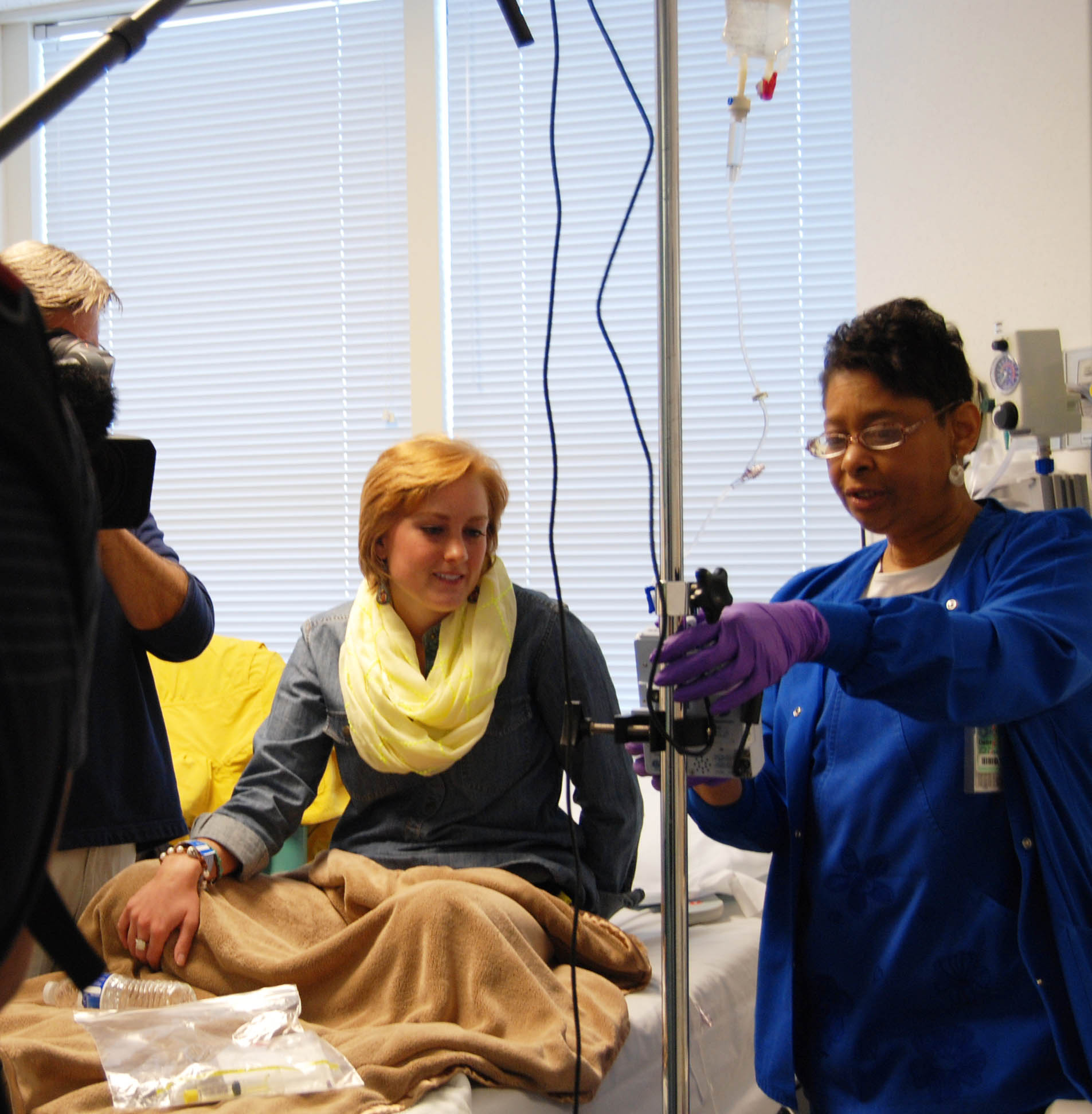 Turner Fordham, a leukemia patient at Children’s Hospital at Erlanger who credits golf for saving her life, will be featured along with other miracle stories in a CBS Sports national broadcast on Sunday, May 5 between 2 and 3 p.m. EST.

Turner has spent all of her teenage years battling Leukemia since she was first diagnosed in 2005.  As an extremely active athlete participating in softball and baseball, she did not let her illness and treatments stop her from doing what she loves to do – to play sports.  When it became too difficult to play high-energy contact sports, she picked up golf a club instead and found a new love.  While there were times when she could not go to school with a weakened immune system, she found comfort outside spending time with her father and taking lessons from golf pro, Lowell Fritz.

Life for a normal teenager would normally include going to restaurants, attending school functions and enjoying time with friends.  But Turner’s life revolved around visits with Dr. Manoo Bhakta, an oncology specialist at Children’s Hospital, cancer treatments, and continuing her education at home.  Golf became her only outlet for some normalcy in her life.

However, there was nothing normal with Turner’s golf skills.  She was enjoying it so much that she asked if she could join a team.  Her physicians and parents agreed, and she would later become a member of the Georgia Class 4A State Championship team.

“Her ability to take on adversity is amazing,” said Dr. Bhakta during the taping of the CBS special.  “Golf must have something to do with it.  It is an escape.  I have known other patients who have played golf while in treatment for cancer, and it is always a pleasure to play with them.”

Today, Turner is attending college and continues her visits at Children’s Hospital for her cancer treatment.