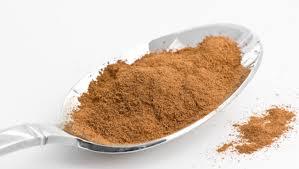 The Journal of the American Academy of Pediatrics released an article on April 22 about children and teenagers ingesting and aspirating dry cinnamon, also known as the “Cinnamon Challenge.”

“Cinnamon Challenge” began as an online stunt asking participants to videotape themselves swallowing a tablespoon of ground cinnamon without drinking water in less than a minute.  Videos have been shared throughout the nation showing individuals choking and coughing until cloud of cinnamon or “dragon breath” is seen.

In the article, pediatricians warn “cinnamon challenge” is far more dangerous than it appears. Cinnamon contains cellulose, which lodges in the lungs and cannot break down.  Although the most common symptoms are burning in the throat, mouth and nose, researchers warn inhaling cinnamon can cause a collapsed lung or chronic lung inflammation, thickening, and scarring.

Physicians like Dr. Melissa Hamp, an adolescent specialist at Children’s Hospital at Erlanger, are urging parents to talk to their children about the dangers associated with this trend.  “Parents need to know what their children are doing and what they are seeing on the internet,” said Dr. Hamp.  “It is important parents are aware of this activity and talk with their children about the health risks associated with it.  We all should inject a little common sense when it comes to items and products that are readily available but are dangerous if used incorrectly.”

Data from the American Association of Poison Control Centers shows in the first half of 2012, U.S. poison control centers received 178 calls related to cinnamon challenge, including 30 incidents that required medical attention.  This is a significant increase from the 51 calls that were received in 2011.