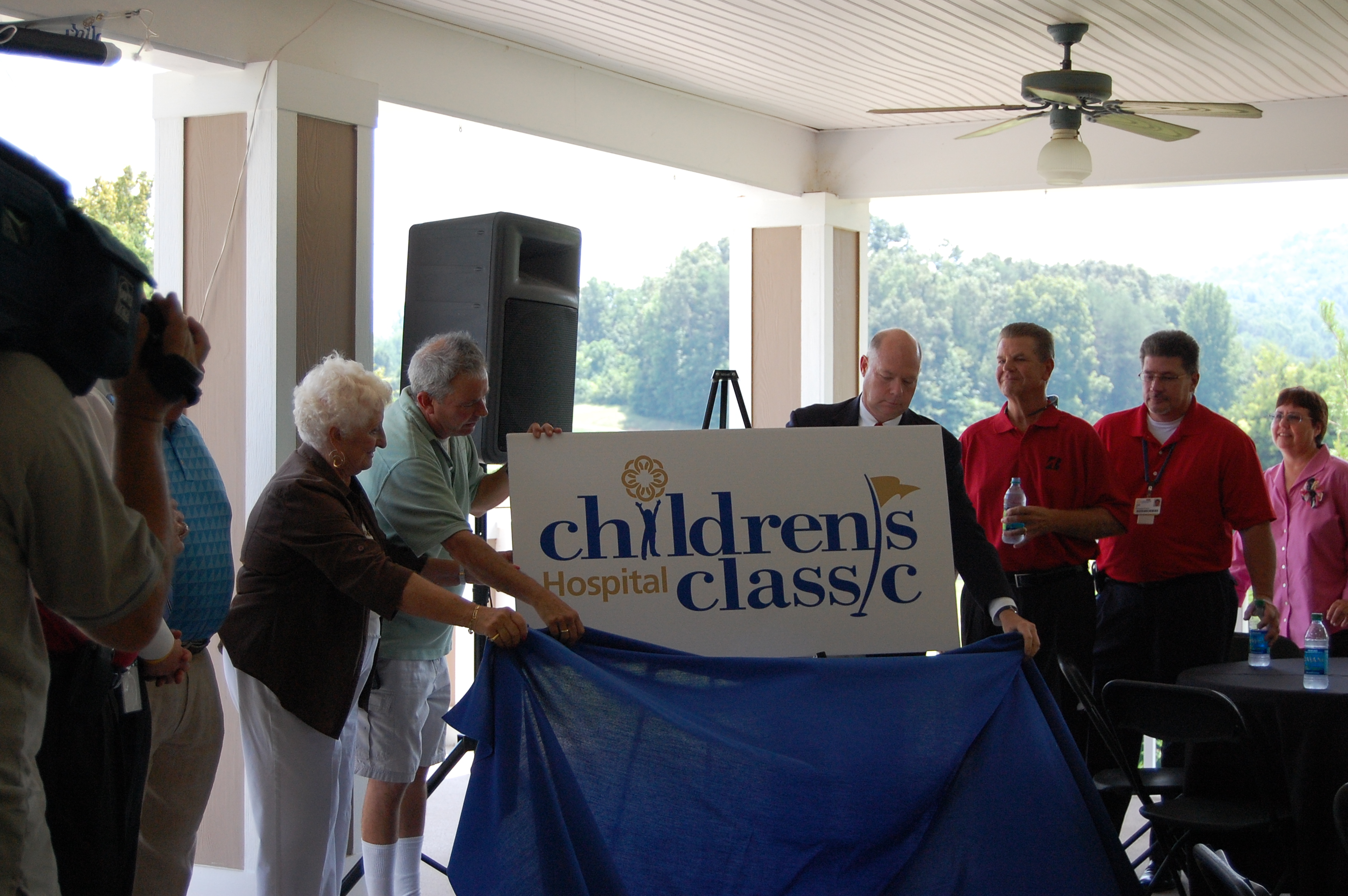 Executive Director of Friends of the Festival Chip Baker added,  “The Children’s Hospital Classic is now focused on children more than ever; it’s all about children with tournament proceeds benefiting the First Tee of Chattanooga and meeting the needs of children at Children’s Hospital.”

“The Children’s Hospital at Erlanger is a wonderful facility and we are extremely proud to be associated with an organization that dedicates itself to the care and wellness of children and their families,” said Nationwide Tour President Bill Calfee.  “The PGA TOUR has always been focused on charity and positively impacting the lives of others, and this is another example of that commitment.  We welcome Children’s Hospital as our beneficiary, and look forward to growing the impact of this event in the community”.

Children’s Hospital at Erlanger is the only medical center in the tri-state region devoted solely to children. As a Comprehensive Regional Pediatric Center (CRPC), it has the highest designation in the state for pediatric treatment. Children’s Hospital at Erlanger has a full range of pediatric subspecialists, as well as a 24/7 pediatric emergency room, pediatric intensive care unit, and Level III neonatal intensive care unit, providing the highest level of care in the region for premature and sick infants.

The Children’s Hospital Classic will have a total purse of $500,000 with the champion receiving $90,000.  The Classic is managed by Friends of the Festival, the nonprofit event management company that also manages the Riverbend Festival and Riverfront Nights.

ABOUT THE NATIONWIDE TOUR

Founded (1990), owned and operated by the PGA TOUR, the Nationwide Tour identifies those players who are ready to compete and win on golf’s biggest stage. As the official proving ground of the PGA TOUR, two out of three PGA TOUR members are Nationwide Tour alumni. Tour alumni have won 311 PGA TOUR titles, including 13 majors and four PLAYERS Championships.  Twenty-five PGA TOUR cards will be at stake over the course of 26 events in 2011. Nationwide Insurance is the Tour’s umbrella sponsor through 2012. The PGA TOUR, through the efforts of its three tours and their tournaments, sponsors, players and volunteers, supports over 2,000 local charities and has surpassed $1.6 billion in charitable giving. To learn more about the PGA TOUR and Nationwide Tour and to follow the season-long quest for a PGA TOUR card, visit PGATOUR.COM, Twitter and Facebook.

Nationwide, based in Columbus, Ohio, is one of the largest and strongest diversified insurance and financial services organizations in the U.S. and is rated A+ by A.M. Best. The company provides a full range of personalized insurance and financial services, including auto, motorcycle, boat, homeowners, life, farm, commercial insurance, administrative services, annuities, mortgages, mutual funds, pensions and long-term savings plans. For more information, visit www.nationwide.com.
Nationwide, On Your Side, and the Nationwide Framemark are service marks of Nationwide Mutual Insurance Company.