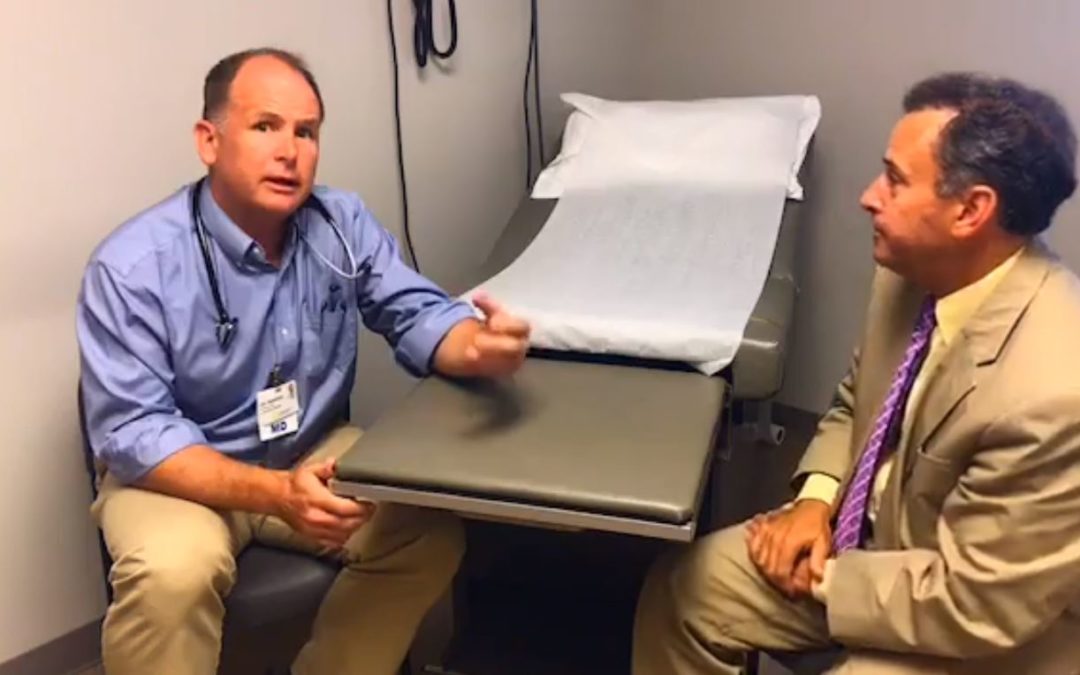 About 4 million people in America are believed to be infected with the Hepatitis C virus. People contract this virus primarily through blood products, which could mean injected drug use, sharing needles with other people, or from getting a blood transfusion back in the 1970s and 1980s.

Nowadays, our blood supply in the US is completely safe, but infections occurred back when we didn’t even know what Hepatitis C was.

If you were born during 1945-1965, infectious disease physician Dr. Jay Sizemore highly recommends asking your primary care physician for a blood test for Hepatitis C. Three quarters of Americans that are infected with Hepatitis C were born within those 20 years.

Most people with Hepatitis C don’t show any symptoms for years, or if they do, they mistake them for flu symptoms.

Once identified, treatment is easy. Most individuals take one pill, once a day, for 8-12 weeks, and they’re cured.

This is a huge step forward in the treatment of Hepatitis C. Even just a few years ago, treatment was (a) very toxic, and (b) not very successful.

The hope is that someday in the future, after everybody has been identified and treated, Hepatitis C will cease to exist.

Like Hepatitis C, treatment for HIV has come a long way. While there is still no cure, people who have been infected with HIV can essentially take one pill, once a day, and expect a normal healthy lifespan.

That’s the good news. The bad news is, there are about 1.2 million people in the US who have HIV, and only about 30% of those are fully controlled.

What this means is, even though HIV can be fully controlled with medication, only about 1 in every 3 are taking advantage of this medication.

The reasons for this, says Dr. Sizemore, is that many people aren’t being identified, and there is a financial barrier associated with treatment.

Treatment for HIV is reasonably expensive, running about $2-3k per month. Something that many people don’t know about is the Ryan White program, which is the nation’s “safety net” for people with HIV whose treatment isn’t covered by health insurance. This program ensures everyone has access to necessary HIV medications, but unfortunately it doesn’t cover a lot of their other medical costs.

HIV is a virus that weakens the immune system, causing those infected to be more susceptible to infection. There is often confusion between the terms HIV and AIDS. AIDS is a term that has fallen out of favor in recent years, but it refers to someone with advanced HIV, or a severely impaired immune system.

Regardless of how advanced the virus is, treatment has been found to be effective with a lifetime of daily medication. Dr. Sizemore says that studies are being done in the search for alternative HIV treatments for people who might have a hard time remembering to take a pill every single day. Instead, he hopes, they will be able to receive an injection once a month, or once every-other month.

While a lifetime of treatment might sound daunting, one benefit is the meaningful relationship that can form between doctors and their patients. Dr. Sizemore has been following one patient since 1998, and he says there are other doctors who have followed folks for even longer.

As far as screening for HIV, if you’re 15-65 and you’ve ever been sexually active, it’s a national recommendation that everyone have at least one HIV test.

According to the CDC, 50,000 Americans are infected with HIV each year, and 25% of those are between the ages of 13 and 24. Despite the 15% of people with HIV estimated to be undiagnosed, doctors have become lax about testing for HIV during routine blood tests.

Erlanger has been working to re-educate providers on the importance of screening for these and other diseases, but it’s important to advocate for your own health and ask your doctor to test for both HIV and Hepatitis C.

The stigmas around these diseases have been overshadowed by advancements in treatments. People infected with either of these diseases can get the medicine they need to live normal, meaningful, productive lives.

If you were born during 1945-1965, talk to your primary care physician about getting tested for Hepatitis C and HIV. Don’t have one? Find a doctor here.