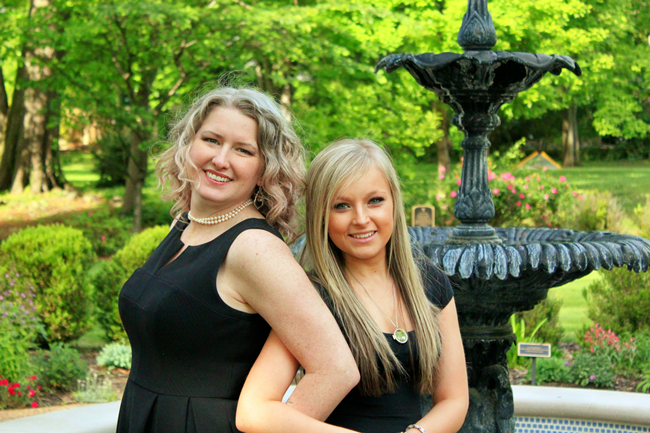 It was a normal day one November, back in 2014, when local carpet designer Candice Murray had a passing thought: she would like to donate a kidney. Though it was only a thought at first, Candice decided to research live-donor kidney transplants and reached out to a friend at church who had recently gone through the process for a family member. The very next week, after chatting with a friend who had polycystic kidney disease — though not in need of a kidney — Candice felt even more compelled to go through with a donation.

Candice informed her husband of her plans, and while he was concerned for her health, he supported the idea. “That night, we went to see a movie. When we realized that the main character was in need of a kidney transplant, it solidified the decision. I knew that I was called to do this,” she said.

But first, Candice needed to find a recipient. So, she called her church pastor to see if he knew of anyone that might be in need.

Meanwhile, Tiffany Fritts was an average eighth grade student, enjoying time with her friends. While sitting in class one day, she noticed excessive swelling in her feet and hands. She’d experienced colds, the flu, and a recent bout with strep infections, but nothing out of the ordinary — so this was a big concern.

Tiffany quickly sought the expert care at Erlanger Health System, where doctors determined the swelling was caused by her kidneys — operating at only 48% of normal function. She had developed chronic kidney disease.

Typically associated with diabetes and high blood pressure, chronic kidney disease causes a slow deterioration of kidney function over time. As it gets worse, waste builds up in the body and causes high blood pressure, anemia, weakened bones and nerves, poor nutritional health, and kidney failure.

The cause of Tiffany’s case was unclear, but it was obvious her condition was worsening. She began dialysis in 2013, after her high school graduation. At first, the sessions lasted 4 hours every other day, but the treatment made her sick and unable to function during the day. So her dialysis treatments were switched to a nightly schedule — nine hours of dialysis per night, every night. With a brave attitude and an optimistic outlook, Tiffany accepted that this was what she had to do to stay alive and prepared herself for life-long treatment.

But what Tiffany didn’t know was that a stranger was about to change her life. Though they had attended the same church for years and had never met, Candice’s kidney tested positive as a match for Tiffany. It took a few months before the two were both ready for surgery, but on March 31, 2015, the transplant was a success.

Three weeks after surgery, Candice was fully recovered, healthy, and happy about her decision. “It was more than just a kidney; I’ve made a friendship that I never would have otherwise had. I hope that others will consider live organ donation. Signing up as an end-of-life donor is still good, but what if your organs are no longer fit for donation? Tomorrow is not guaranteed — donate today, and save someone’s life.”

Tiffany, who once thought that college wasn’t in the cards for her, is currently finishing up her first semester of school at Dalton State Community College. “I think I might like to be a nurse and help others on dialysis … We’ll see!”

A transplanted kidney from a living donor shortens patient wait times and improves outcomes. Find out more about becoming a donor from the United Network of Organ Sharing. To learn learn more about the UT Erlanger Kidney Transplant Center, visit erlanger.org.