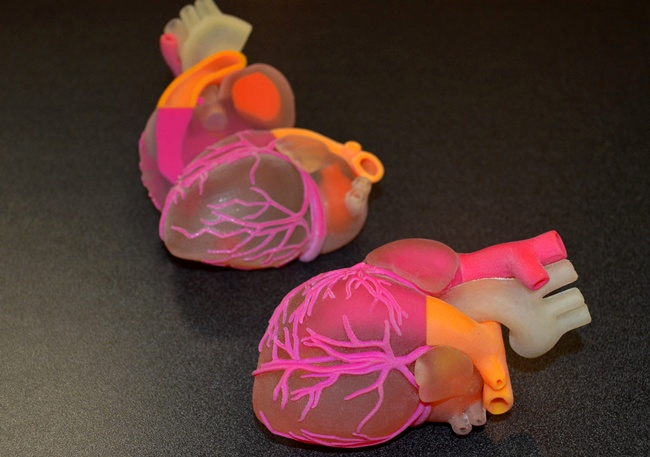 A partnership between Chattanooga startup 3D Ops and Erlanger Health System was announced at a press conference held at Erlanger, Wednesday October 21. The pilot program involves a six-month commitment from 3D Ops to produce life-sized 3-D printed models of organs based on patients’ CT scans.

It has been a big year for the 3D Ops team — including President Keith Campbell, CEO Daniel Hampton, and CMO Beth Douglass. They launched last year in Chattanooga’s boutique business accelerator GIGTANK, won the Chattanooga Technology Council’s Early Innovator Award for 2014, and are now partnering with Erlanger Health System — one of the largest employers in Chattanooga. President and CEO of Erlanger Health System, Kevin M. Spiegel, FACHE, called the partnership “a true Chattanooga success story.”

Aside from this being a revolutionary application for 3-D printing, this is the first time a 3-D printing company has partnered with a major health system — and the potential for future applications of the models seems endless. The pilot program will be available to every surgical department throughout Erlanger Health System, which means they can be used in every type of surgery — from the removal of cancerous tumors to the craniofacial restructuring of a child’s skull.

The first of many models to come was that of Ricky Crowe’s kidney. Mr. Crowe has suffered from kidney stones since he was 17 years old, but he was surprised to find that his most recent pain was caused by large tumors growing on his kidney. He understood his diagnosis when local urologist Dr. Christopher Keel had given him the news, but reality didn’t truly set in until he was able to hold a model of his own tumor-filled kidney in his hands. This visual perspective helped both him and his physician better understand what they were dealing with before going into surgery.

“When you get into surgery, it looks exactly like it did in your hand,” explained Dr. Keel. The models allow surgeons to prepare for surgery in a new way. “You can essentially perform the surgery before you perform the surgery,” added Dr. David Seaberg, at Erlanger’s press conference.

The 3-D models can be printed in a variety of colors and densities of plastic which allow for more intricate detailing. For example, Mr. Crowe’s arteries and tumors were printed in blue while the kidney was printed in clear plastic, helping Dr. Keel decide how to best approach surgery and avoid any damage. This capability is especially important in the precision necessary for organ-sparing surgeries.

Most importantly for the patient, better surgical preparation ultimately means less time in surgery. This not only lowers the cost of surgery, but more importantly means that patients will not be in surgery as long. The shorter the surgery, the lower the risk of potential infection or other surgical complications.

The pilot will allow both parties to sort out the details in the process, but everyone involved has high hopes for success. “We hope to do this for tens, hundreds, even thousands of patients,” said 3D Ops President Keith Campbell.

Read more on this exciting new venture from 3Dprintingindustry.com, nooga.com, and News Channel 9.