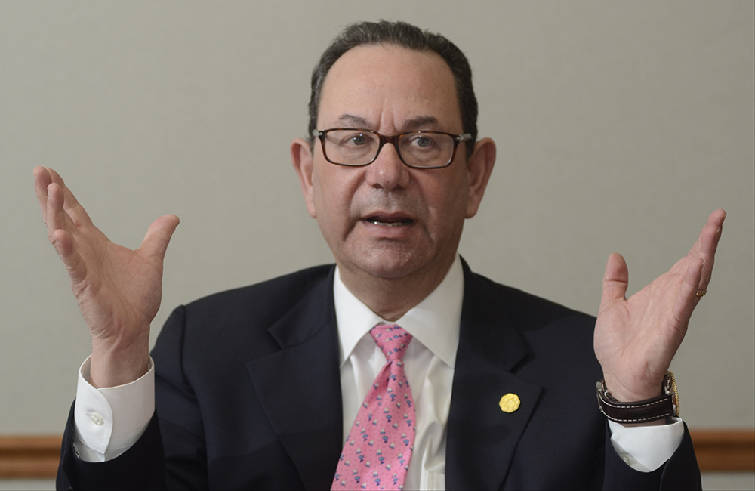 There are usually plenty of empty seats at Erlanger Health System’s budget and finance committee meetings. But as physicians and administrators crammed into the hospital boardroom Monday evening, several rows of extra chairs had to be dragged in.

The crowd had been invited to the session by Erlanger executives to celebrate good news for the hospital, which has been beleaguered by financial tumult for several years.

As the hospital’s chief financial officer Britt Tabor took to the podium to outline the hospital’s quarterly earnings, he told the packed room that “this is unprecedented, what I’ve got to say tonight.”

He then reported that the hospital has posted a $12.7 million profit for its second quarter and $20 million for the year so far — already outpacing its performance for all of last year.

Tabor and other hospital officials say the latest report is proof that the hospital’s financial recovery is not “just a flash in the pan,” said CEO Kevin Spiegel.

This time last year, the hospital was posting a $1.5 million deficit. The hospital had previously suffered from three years of financial losses before posting a profit at the end of fiscal year 2014.

But while Erlanger saw a dramatic financial turnaround by the end of its last fiscal year in July — when it posted an $18 million profit — skepticism has persisted about the hospital’s ability to show that kind of long-term performance.

Hamilton County lawmakers, outraged at the Erlanger board’s decision to grant the hospital’s executives $1.7 million in bonuses in December, said that it was too early for such incentives considering the recent financial tumult. While Erlanger may have posted the profit they emphasized, the hospital relied on $19 million in new funding from a federal pool to reach it.

In his presentation, Tabor outlined a long list of recent changes at the hospital that are creating “long-term,” “stabilizing” effects. The hospital has instituted a revised, decade-long agreement with the University of Tennessee for its academic program, and has also forged a five-year strategic partnership with BlueCross BlueShield of Tennessee that makes Erlanger the single provider in one of the insurer’s new exchange networks.

The hospital has gained about $47 million through savings because of new initiatives, Tabor said. That number includes the $19 million federal infusion — but it also includes the savings from new programs like discount drug sourcing,changing its food services contract and outsourcing housekeeping. Other initiatives, like shaving the average time a patient stays at the hospital by half a day, saved the hospital $3.1 million.

Other tightening has been much more personal and painful for hospital employees, like the decision to phase out pensions. That move has saved the hospital $4 million, while cutting retirees health benefits has saved $1.5 million. The hospital has also restricted overtime and increased employees’ responsibility for health insurance.

But with the cuts has also come aggressive new spending. In the last 18 months, the hospital has purchased a new PET scanner, a new MRI, created a new breast resource center, renovated surgery centers and cath lab, among other upgrades. While seemingly contradictory to the belt-tightening, Erlanger leaders call these “important investments” to grow the hospital’s market share, to draw doctors and to “further the hospital’s mission,” Spiegel said. In the coming years, about $96 million will be funneled toward capital projects like expanding Erlanger East and building a new ambulatory center for the children’s hospital.

During the meeting, committee members also approved spending $8 million to relocate and expand its orthopedic surgery suites at its downtown campus, along with $1 million to build a new outpatient oncology clinic and infusion center at the Erlanger East campus.

Tabor said that such an aggressive stance pays off with investors looking to buy up Erlanger’s bonds, which went to market several weeks ago. Within 45 minutes, Erlanger had sold all of its bonds and by two hours, $650 million worth of orders had been put in for the hospital’s $149 million worth of bonds.

“It shows that investors really believe in the hospital’s future,” Spiegel said.

One of the most important turnaround efforts, Spiegel said, has been the work the hospital has done over the past 18 months to rebuild physician relationships which had soured under the previous administration of former Erlanger CEO Jim Brexler. Such relationships are key — physicians are the ones who bring business to Erlanger through referrals, and by choosing the hospital’s operating rooms to perform procedures.

Primary care physician Dr. Bill Moore Smith, who heads up Erlanger’s sports medicine services, said after Monday’s meeting that “doctors have come back to Erlanger because we believe in Erlanger.”

“We now have the leadership we all have confidence in,” he said. “We believe they have the right vision, and we want to be part of the success story. We believe we can take better care of patients and do it in a way that is sustainable.”

Those improved relations appear to be a large factor in the surge of patient admissions Erlanger saw its last quarter, up 10 percent from where it was this time last year. Meanwhile, the hospital also reported that its market share — how much business it gets compared with other hospitals in the region — had grown from nearly 31 percent to 32 percent.

“This is showing the sustainability,” Spiegel said. “We had one year of profitability, and now we have an additional six months of profitability and volume growth. We’re expecting next quarter to be significantly ahead of budget.”