What goes down, must come up? The facts about reflux in kids 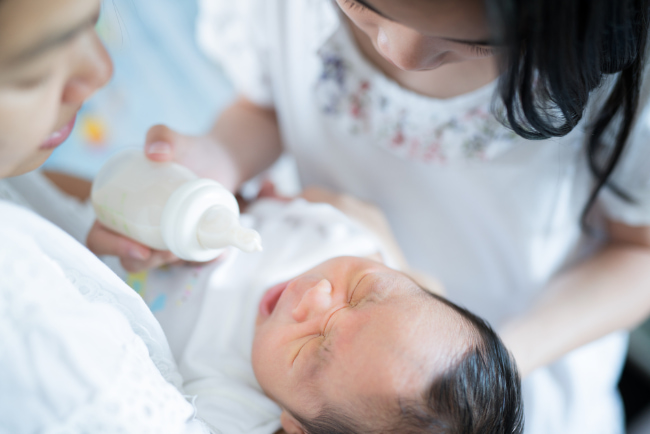 Heartburn and reflux are things we often think of in relation to adults. But the reality is — reflux in kids is common, too.

This won’t come as a surprise to many parents who are often familiar with the constant spitting up of a little one.

In fact, even babies who aren’t impacted by conditions like GERD can experience what’s called “infant reflux.” While this type of reflux in kids can signal an underlying health issue, in most cases it resolves without treatment over time.

Here are five facts to know about reflux in kids:

Finding relief for reflux in kids

The treatment of reflux largely depends on the severity of the condition and the age of the child. Infant reflux often requires no treatment and will resolve itself as a baby’s body develops.

If your infant has GERD, however, treatment can help alleviate the symptoms and ensure your baby develops as normal. Your doctor will likely first recommend you try lifestyle-related remedies to overcome the reflux issue, such as changes to your baby’s sleeping position, more frequent burping, thickened breast milk or formula, changes to bottle or nipple size, and/or more frequent feedings.

If these are unhelpful in resolving GERD symptoms, a doctor may recommend prescription medications, or even surgery in severe cases.

If lifestyle changes aren’t helpful, your doctor may prescribe over-the-counter or prescription medications to help alleviate symptoms, or a surgical procedure in the most severe cases.

Jeremy Screws, MD, specializes in pediatric gastroenterology, including conditions such as reflux and GERD in young children. He sees patients in the Kennedy Outpatient Center located at 900 E. Third Street. To learn more or schedule an appointment, call (423) 778-5437.