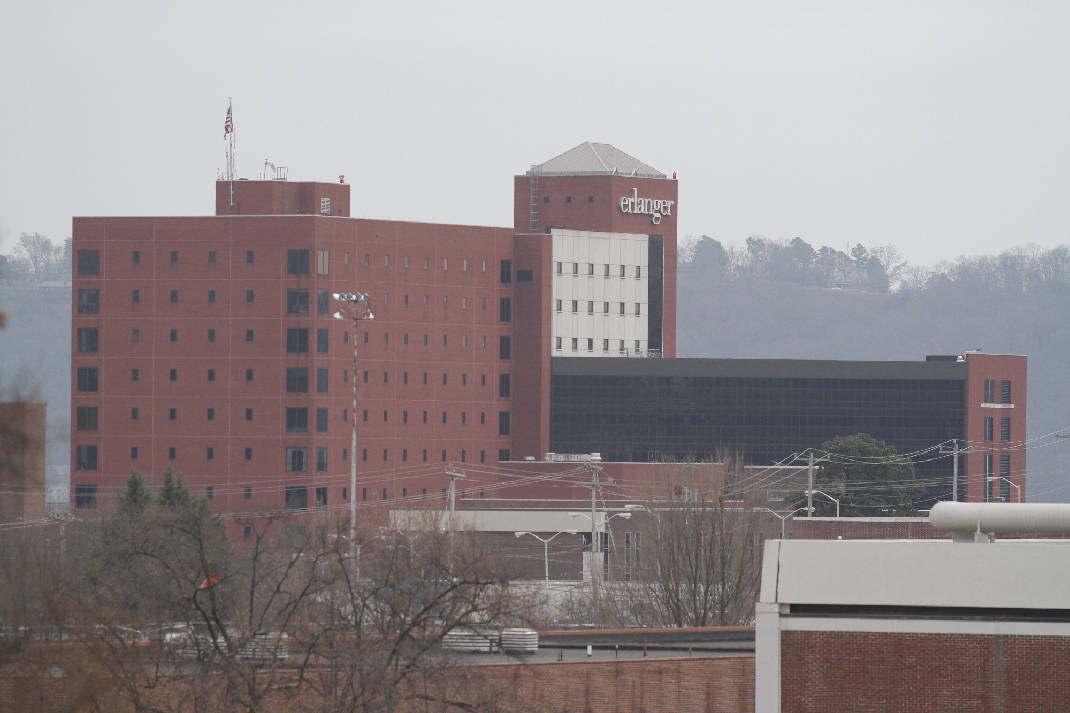 Stroke doctors at Erlanger Health System were all smiles as they stood before their colleagues in a conference room on Tuesday.

“As you can see, we’re in a very celebratory mood,” said Dr. Blaise Baxter, chief neurointerventional radiologist at the hospital. “This is a historic day, and it represents the culmination of work we’ve done since 1999.”

The treatment, known as endoscopy, uses tiny devices threaded through a stroke victim’s blood vessels to fish out blood clots in the brain. At Erlanger, the method has been a standard part of treating the most severe strokes since the late 1990s.

But while those doctors say they consistently see the treatment’s benefit to patients in their day-to-day work, medical research has never existed to make the practice standard. Since 1996, the clot dissolver known as tPA has been the only stroke treatment typically relied upon by hospitals — even though it is not effective for large-vessel strokes.

“For the last 20 years, we’ve had a complete blackout in new and approved stroke treatment,” Devlin said Tuesday.

That has changed over the last two years. Four clinical stroke trials, including two done at Erlanger, showed “overwhelmingly positive” results, proving that using the devices to remove the clots in large vessels left patients in far better condition than those who were given tPA alone. The results of the studies were released at the International Stroke Conference in Nashville earlier this month.

The studies have major implications for patients, the doctors say. Such care is now on the way to becoming standardized, as the FDA changes device labeling and guidelines for physicians. Instead of being considered investigational, the procedure now will be recommended.

At a news conference Tuesday, physicians showed videos of patients during stroke — when they cannot speak coherently or move their limbs — and shortly after the procedure, when they are talking normally and moving fine.

“This is a patient who would probably not survive, or would likely be in a nursing home afterward,” Baxter said, describing one 83-year-old stroke patient who was smiling and talking after his procedure.

Physicians at the International Stroke Conference told MedScape Medical News that the new trial results signaled “sea change — a new day in stroke” and “the biggest advance in stroke treatment” since tPA was introduced in 1996.

The conference program chairwoman, Dr. Kyra Becker, a self-professed skeptic about endovascular treatment for stroke, told Medscape that the data from the trials “are consistent and convincing. We are now obligated to use this technology in eligible stroke patients with a large vessel occlusion.”

Erlanger doctors were honored at the conference for enrolling more patients than any of the other 68 international study sites, achieving the best medical outcomes among all the centers participating in this international study and setting a benchmark for the fastest treatment times, outperforming every other global participant in the study.